Saturday, September 18
You are at:Home»Business»Retail sector growth revised higher to 5.3 per cent post-GE 14 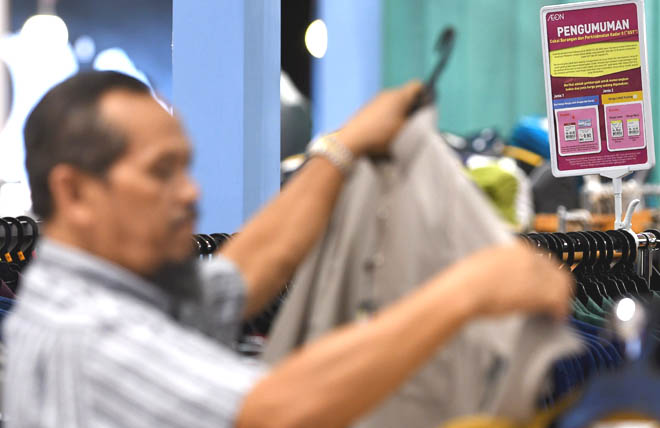 The psychological factor, taken into account when measuring consumer sentiment, boosted the confidence level improve after May 9.

KUALA LUMPUR: Malaysia’s retail sector is estimated to chalk up a growth of 5.3 per cent after the 14th General Election and revised from an earlier estimate of 4.7 per cent, said Retail Group Malaysia (RGM) Sdn Bhd managing director Tan Hai Hsin.

The psychological factor, taken into account when measuring consumer sentiment, boosted the confidence level improve after May 9, he said at the Retail Outlook in Malaysia Post-Election briefing here today.

However, despite the better projection for the year, Tan reminded the government to provide more concrete guidelines pertaining to the Sales and Services Tax (SST) to the public.

“We need more information on the implementation of the SST. With greater clarity, it would be easier for the public to digest the SST as compared to the Goods and Services Tax (GST),” he said.

Yesterday, Finance Minister Lim Guan Eng revealed that the provision of services will be taxed at six per cent under the reintroduced SST, while the sales of goods will incur a 10 per cent tax.

The SST bill is expected to be passed in August during the current parliamentary seating and would be implemented in September.

Tan stressed that more information on the SST should be handed out to the public to create a better understanding of the tax regime in order to avoid a sudden impact on the retail sector as seen during the introduction of the GST.

“We are also hoping that the government would reveal new economic policies to support economic growth in the next few months.

“We saw the worst growth in 2015, with the sector recording growth of 1.4 per cent, the lowest since 2010, not to mention Malaysia’s currency declined sharply,” Tan said.

On the SST, he said it is widely expected that retail sales would drop significantly during the first two months, although the momentum would return to normal from November in conjunction with the school holidays and festivals.

For the second half of 2018, he noted that the ringgit is unable to improve in the immediate term, leading to higher cost of imports, particularly of raw materials, semi-finished goods and end-products.

“The new pricing system on petrol will affect the cost of living and retail prices,” he added. — Bernama