Friday, December 3
You are at:Home»Business»SST 2.0 to have muted impact on plantations 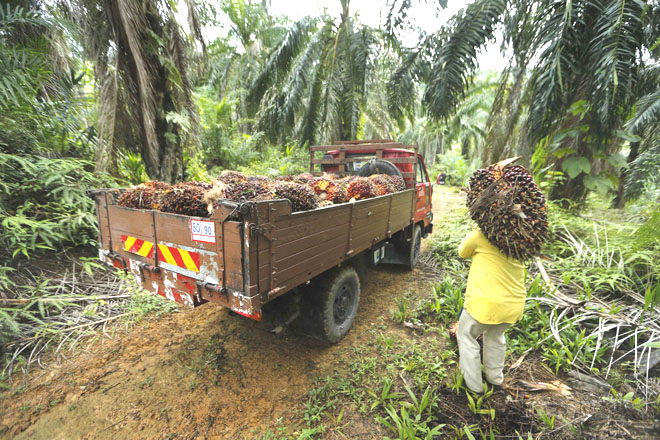 Based on its preliminary findings, the proposed lists of goods exempted from sales tax include palm oil and related palm products, fertiliser, mechanical appliances (agricultural sprayers), agricultural machinery for soil preparation or cultivation, agricultural tractors, machinery, plant or laboratory equipment, and others.

KUCHING: Malaysia’s plantations sector will not likely be significantly impacted by the re-implementation of the sales and service tax (SST) in September, analysts observe.

Instead, Maybank Investment Bank Bhd’s research arm (Maybank IB Research) highlighted that the minimum wage hike (if any) has wider implications on the sector.

“Under the goods and services tax (GST) regime, palm oil is either zero-rated (for exports) or standard-rated (for domestic consumption). Both involves passing the tax on through the supply chain, and it is ultimately claimable from and subsequently refundable by customs.

“Likewise, the return to sales tax, is unlikely to have any material impact on the plantation sector given the exemptions in place. The only foreseeable impact is the six per cent service tax on services rendered to the plantation sector, which is likely to be minor negative,” the research team explained.

It noted that based on its preliminary findings, the proposed lists of goods exempted from sales tax include palm oil and related palm products, fertiliser, mechanical appliances (agricultural sprayers), agricultural machinery for soil preparation or cultivation, agricultural tractors, machinery, plant or laboratory equipment, and others.

It added that the exemption list appears to be relatively similar to those under sales tax (Rates of Tax No.2) 2012 – First Schedule, which is prior to be implementation of GST on April 1, 2015.

“Big refiners which traditionally cater to the export market will be beneficiaries with the abolishment of GST as we anticipate interest savings on reduced working capital requirements.

“Under the GST regime, refiners will have to incur GST for the purchase of CPO from suppliers (millers) and subsequently claim it back from the Customs department when refiners export them (zero-rated).

“The timing difference between the payment of GST to suppliers and claiming back from Customs may take up to two to four months and requires funding. Without GST, refiners can reduce their borrowing costs,” Maybank IB Research pointed out.

Besides the re-implementation of the SST, the research team highlighted that the real underlying issue in the plantations sector is the possible hike in minimum wage which could make a huge impact on the sector.

Maybank IB Research said this would be earnings negative for the plantation players as the industry is highly labour intensive and employs mostly foreign workers who are paid near or slightly above the current minimum wage.

“By our estimate, every RM100 per month increase in minimum wage (without any government’s share in the cost) will reduce bottom lines for companies under our coverage by one to nine per cent (using the financial year 2019 as reference).

“A point to note is the higher cost of minimum wage is to be shared on a 50:50 basis between the government and employers in the first three years – under the new government’s GE14 manifesto – this may provide some relief on the additional cost impact to the plantation companies,” it said.