Monday, May 23
You are at:Home»News»Sarawak»A minute’s silence for a heroic teacher 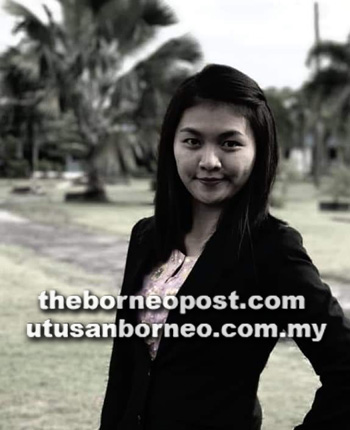 MIRI: A minute’s silence was observed at the 27th state-level Teachers Day ceremony held in Betong yesterday in honour of 25-year-old Catherine Janet Tiwi, a primary school teacher who died trying to save two of her colleagues from a fire that engulfed two teachers quarters at SK Batu Bungan in Mulu early yesterday morning.

Sarawak Education Department director Rakayah Madon broke down when she touched on Catherine’s heroic sacrifice while delivering her speech and sobbed “I have lost my teacher”.

Rakayah was too distraught to continue her speech for a few minutes before regaining her composure.

The ceremony was officiated by Chief Minister Datuk Patinggi Abang Johari Tun Openg, who announced the setting up of a fund to help Catherine’s family and other victims of the fire.

He said the state government will allocate RM50,000 to set the ball rolling for the fund.

Meanwhile, Marudi police chief DSP Gabriel Risut, when contacted yesterday, said Catherine was already safe but chose to rush back to save her colleagues who were still in the burning building. 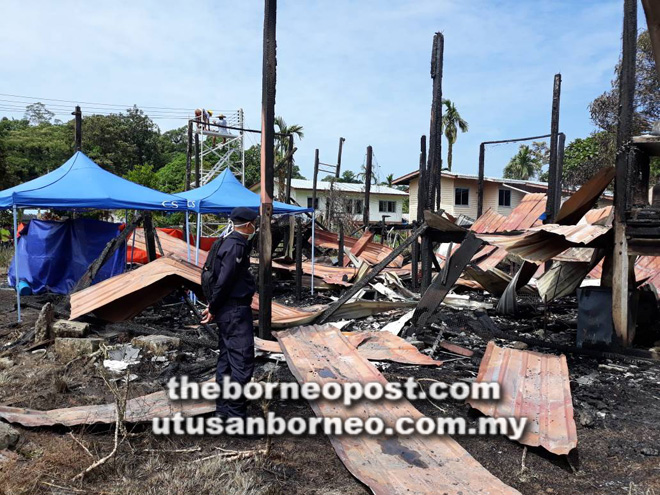 A police officer from Marudi Police Station checks the scene of the fire.

“There was a blackout and shortly after that, the fire broke out. In the chaotic situation, Catherine went back inside and tried to save the two teachers from one of the rooms but found herself trapped and could not escape,”he said.

Gabriel added that the two teachers managed to get out of the quarters and escaped the
fire which started from the kitchen and spread very quickly. 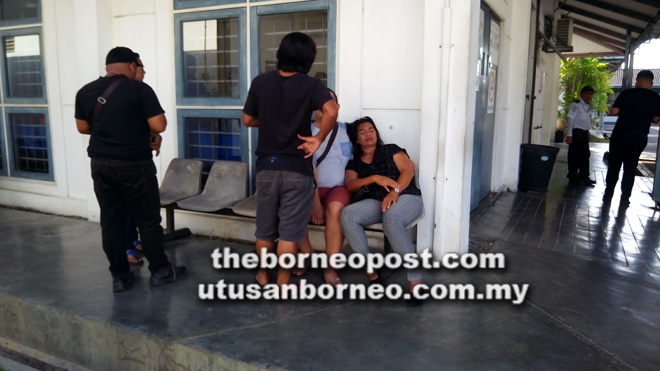 The deceased’s mother passes out after seeing her daughter’s remains being taken in a body bag to the mortuary at Miri Hospital yesterday.

One of the teachers suffered 22 per cent burns and was airlifted by a medical emergency evacuation (Medivac) helicopter to Miri Hospital while the other who suffered light burn on her foot was treated at a clinic in Mulu.

Catherine is a Bidayuh from Bau and had been teaching at SK Penghulu Baya Mallang in Apoh, Baram for over a year.

When asked on the cause of fire, Law said investigating officers from Kuching and Miri had been sent to SK Batu Bungan to investigate.

The fire is believed to have started at about 5am but was spotted at 5.09am by a male staff.

A team of firemen from the Department of Civil Aviation (DCA) Mulu Airport rushed to the scene at 5.40am and managed to put out the fire at 6.34am.

Present at the hospital yesterday were the deceased’s parents and relatives who were overcome by emotion and too distraught to speak to the press.

It is learnt that that the remains is expected to be flown back to Bau today as soon as the post-mortem is completed.

Law (third right) consoles the deceased’s father who could not contain his emotions at the mortuary yesterday.