Monday, May 23
You are at:Home»News»Sarawak»Young teacher’s death a great loss to school, Baram community 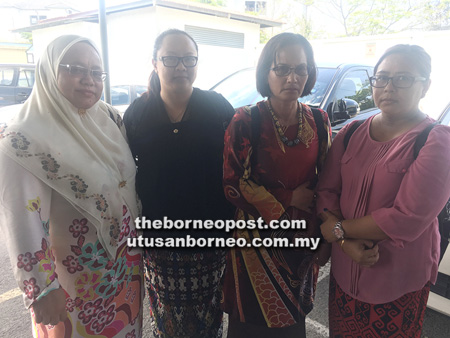 MIRI: The death of SK Penghulu Baya Mallang teacher, Catherine Janet Tiwi, 25, in a fire incident on Wednesday has been described as a ‘great loss’ to the school in particular, and the Baram community in general.

Catherine, who had taught at the primary school in Apoh, Baram for over a year, died in her attempt to save two fellow teachers from a fire, which razed down two teachers quarters at SK Batu Bungan in Mulu on Wednesday morning. She was in SK Batu Bungan attending an Ujian Pencapaian Sekolah Rendah (UPSR) motivation camp.

Catherine is survived by her parents and three brothers.

Her father Tiwi Nios said Catherine was a well-mannered person and was always dedicated to everything she did.

“I cannot imagine the feeling that I’m experiencing now after the passing of a child whom I truly love. As a father, I am proud of all that she had done throughout her life.

“In addition to being highly dedicated to her job as a teacher, she was also very active in activities outside the classroom. Her well-mannered attitude made her loved by many and she had many friends,” said the 53-year-old Bidayuh from Kampung Skio in Bau, near Kuching.

Tiwi, who is a firefighter stationed at Bau Fire and Rescue station said this when met by The Borneo Post at Miri Hospital, where a post-mortem was conducted on her daughter yesterday.

“Saving other people’s lives is indeed a noble deed and I believe what she had done would always be remembered,” said Tiwi, adding that her daughter was also a Bomba cadet during her secondary school years in SMK Lake in Bau.

He was with his wife Wency Seimon at the hospital here.

Also present at the hospital were teachers of SK St Joseph Miri, where Catherine went for a six-month internship in 2016 before she was posted to SK Penghulu Baya Mallang last year.

“She was a very diligent person and always willing to help those in need,” said one of the teachers, Valerie Geoffrey.

Another teacher Margaret Bala, said Catherine was generous with her smiles, which made her loved by her students.

“She was also a very active person in school activities, especially camping carried out by the school,” she said, adding that many students of the school who had been taught by her before cried after learning about the tragedy.

Her former colleague Adib Mat, said Catherine was a cheerful and active individual who had great dedication in everything that she did.

“Catherine was a person who never lacked smiles.

“Her passing is a great loss for us as she was the most beloved teacher in our school. We will surely miss her presence.”

“As for the source of fire, it is still being investigated by our forensics team,” he said.

Catherine’s remains were brought back to Kuching at 4.40pm yesterday after the post mortem had concluded.

The funeral takes place today at Kampung Skio, scheduled to commence at 1pm.