Tuesday, March 2
You are at:Home»News»Sabah»Ban on fishing boats from Hong Kong postponed – Junz 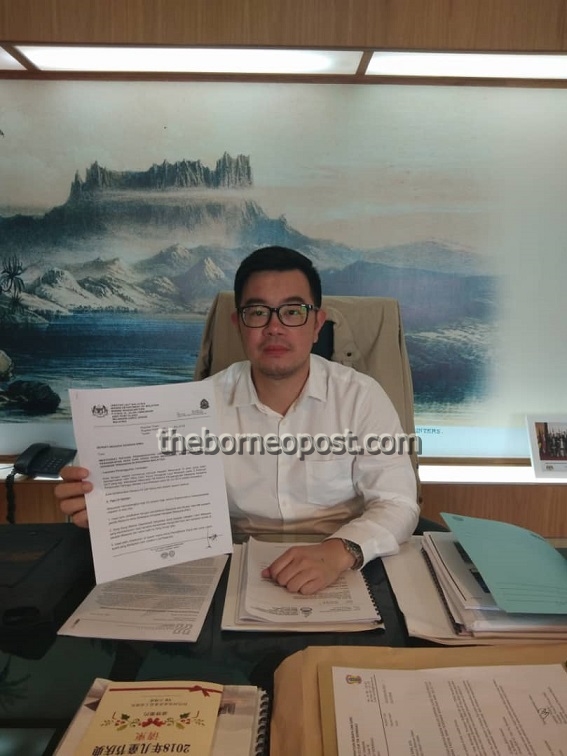 Junz showing the letter from the Malaysia Marine Department on the ban postponement.

This follows the postponement on the ban on fishing boats from Hong Kong to buy and transport live fish from fish farms in the country.

“For now the activity of collecting and transporting live fish from fish farms by fishing boats to Hong Kong remain status quo. Implementation of the ban has been postponed for six months,” he said, adding that the decision was made by the Malaysia Marine Department.

The postponement, he said, was to allow stakeholders to implement one of three options offered by the Marine Department in order for them to continue being able to import and transport live fish from the fish farms.

“From now until December 31 2018, the stakeholders must either register their vessel(s) in Malaysia and change the ownership to a Malaysian as classified under the government or have the Hong Kong Marine Department issue a letter to the Malaysia Marine Department allowing the vessel to operate between the two countries and transport live fish from fish farms here.

“The third option is to have the foreign vessel registered and fully comply with the conditions laid down by the Malaysia Marine Department,” Junz explained, adding that the postponement was in accordance with Section 530 of the Commercial Shipping Ordinance 1952.

He expressed hope that all the stakeholders would take the necessary actions so that the ban would be withdrawn.

He also wanted approval to be given to vessels from other countries so that the fishing industry would be more vibrant.

“However enforcement must be tightened to ensure that the approval is not abused,” he stressed.