Wednesday, October 27
You are at:Home»News»Nation»Money for GST refunds not missing – Irwan Serigar 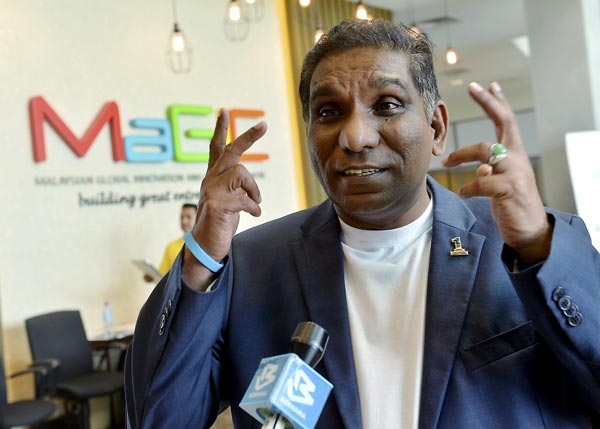 He explained that all GST proceeds were placed in the Consolidated Fund before being channelled to the trust fund to repay GST claims based on the request of the Royal Customs Department.

The procedure was provided for in the Financial Procedure Act 1957 and the information was available from the Accountant-General’s Department and Fiscal Division of the Finance Ministry.

“At the federal government cash flow management monthly meeting, the Customs (Department) will present the need for refunds and outstanding amounts due.

“Based on the (Customs’) need and the government revenue position, the meeting will decide on the allocation to be made to the trust fund,” he said when approached by reporters here.

Finance Minister Lim Guan Eng, when tabling the Goods and Services Tax (Repeal) Bill 2018 for second reading in the Dewan Rakyat yesterday, said about RM18 billion was missing from the RM19.4 billion meant to be GST refunds from April 2015 to May 31 this year.

He said it was understood that there were RM15 billion outstanding claims for last year that needed verification, investigation and auditing process to ensure there was no fraud or false claims.

Mohd Irwan Serigar said the refund process was clear, the Customs Depaprtment would make the refund in 14 days. However, in cases of doubt and where investigation and auditing are necessary in cases of false claims, it will take longer.

“In conclusion, there are no missing funds,” he said, adding that he was prepared to extend cooperation if the government needed information on the matter.

Asked whether he would lodge a police report over Lim’s statement linking him to the allegation of missing funds, Mohd Irwan Serigar said he had no plans to do that as of now. – Bernama

Previous ArticleFive, including three Chinese nationality detained for prostitution
Next Article Couple may face death penalty over RM15k worth of syabu