Tuesday, December 7
You are at:Home»News»Sabah»Green turtle found dead on beach near UMS 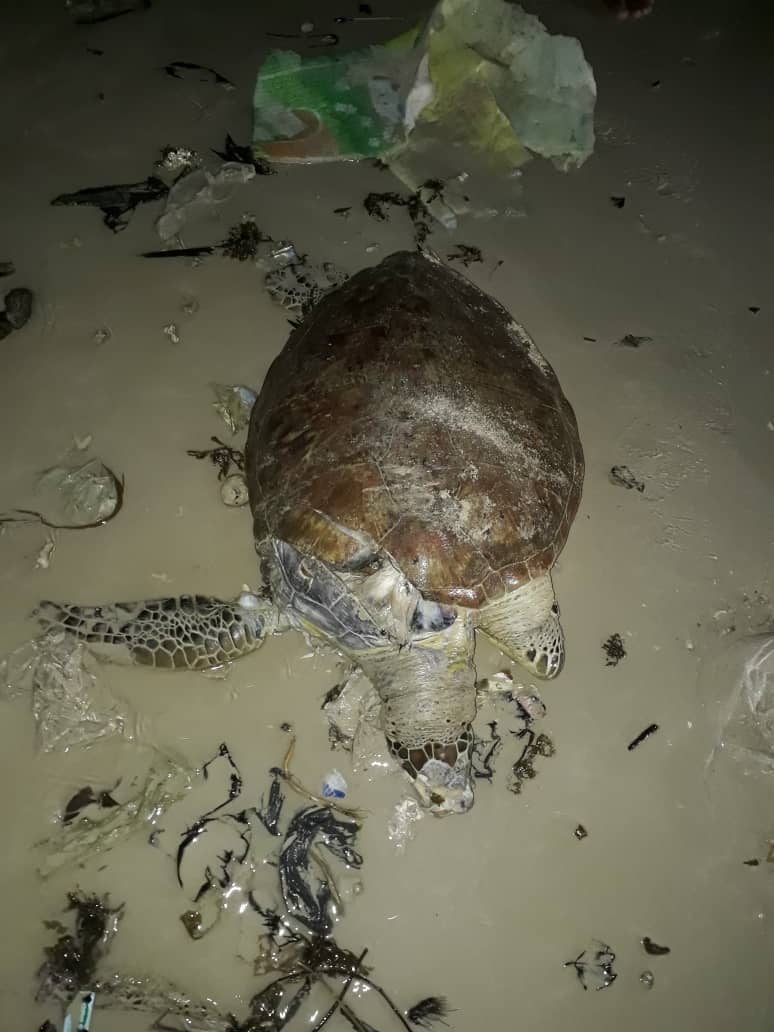 The dead turtle found on the beach near Universiti Malaysia Sabah.

According to Associate Professor Dr. Juanita Joseph, the carcass of the 65-centimeter long green turtle was found on the beach near the Borneo Marine Research Institute, UMS at 10.35pm on Sunday night and was immediately reported to the Sabah Wildlife Department.

“We suspect that the turtle has been killed after being hit by a boat propeller and this can be seen from the crack on the carapace and injury on its head.

“However, we are still waiting for the official post-mortem result from the Sabah Wildlife Department,” she said.

Classified as endangered, green turtle; scientifically known as Chelonia mydas is the largest hard-shelled sea turtle in the world.

Based on the statistics from the Department of Marine Park Malaysia, the population of sea turtles worldwide has dropped significantly by 90 percent over the past half century.

“Green turtles are threatened by poaching of their eggs and loss of their nesting beach sites. They are also being caught in fishing gear and harvested from their foraging grounds around Sabah waters by foreign fishermen.

“On top of that, marine debris such as plastics is killing our sea turtles because it is often perceived as food,” she said.

Under the Sabah Wildlife Conservation Enactment 1997 Section 1 Schedule 1, green turtle is a totally protected species. Individuals who are found guilty of killing/taking/selling/buying/be in possession of the species including eggs and its parts, can face imprisonment of up to five years or fine of up to RM250, 000.