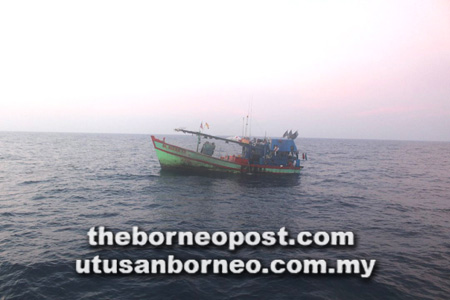 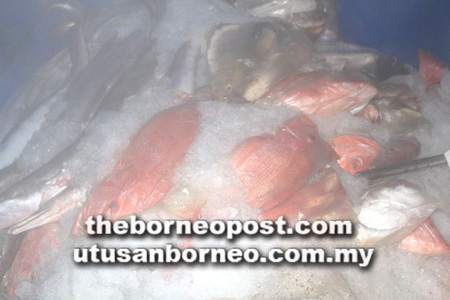 Part of the 200kg of marine catch found on board the Vietnamese vessel.

MIRI: A Vietnamese fishing vessel and its crew of 10 were detained for illegal fishing by the Malaysian Maritime Enforcement Agency (MMEA) during an operation on Wednesday.

MMEA Miri chief Capt Mohamad Fauzi Othman said the vessel was detained some 95.2 nautical miles off Kuala Bakam around 4.25am.

“At about 4am, an MMEA patrol boat detected the presence of a suspicious fishing vessel and proceeded to intercept it.

“Upon inspection, the vessel was found to be Vietnam-registered and suspected of fishing illegally in Malaysian waters,” he said in a statement yesterday.

He said the vessel and about 200 kilogrammes of marine catch on board were seized while the crew was detained for further investigation under the Fisheries Act 1985. The total value of the seizure is estimated at RM200,000.

Previous ArticleIndia’s three-time prime minister Vajpayee dead at 93
Next Article Demand for houses great, but many potential buyers do not qualify for loans