Sunday, April 18
You are at:Home»News»Sarawak»Floating mosque a potential tourist attraction 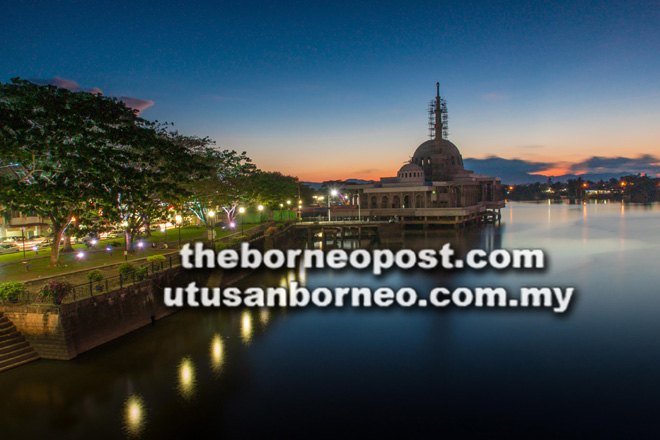 A view of the floating mosque. — Photo courtesy of Hashim Mahrein

KUCHING: The RM10.6 million floating mosque is set to become another iconic landmark along the Sarawak river making it a potential tourist attraction.

According to Lembaga Amanah Khairat Masjid Bandar Kuching representative Bolhassan Mahruf, the mosque committee acknowledges its appeal and the mosque will definitely be visited by tourists.

“Chief Minister Datuk Patinggi Abang Johari Tun Openg has stated that the mosque will be another significant landmark along the Sarawak river and the old Kuching bazaar area, and we will look at how we will be handling visitors who wish to visit the mosque,” said Bolhassan.

He added that the current mosque, located across the street only has a capacity for 600 worshippers.

“The new mosque will be able to accommodate 1,600 persons and under the second phase later, we plan to have an area for solemnisation ceremony,” he added.

Bolhassan said the project contractor was currently doing the decoration works in order to complete the project before September 16.

“The mosque committee would like to thank the state government and related agencies who have been very cooperative towards this project and we hope that it can be completed on schedule,” he added.

Abang Johari during his visit to the mosque construction site in April said the design inspiration had been taken from mosques in Turkey which has unique dome and minaret features.