Sunday, November 28
You are at:Home»Business»Not too much sugar tax — yes, that’s just right 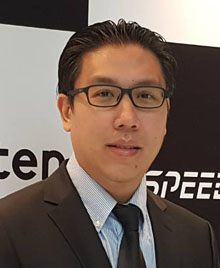 According to Vincent Lau, vice-president of Research at Rakuten Trade Sdn Bhd, the idea of introducing tax on sugary drinks or sugar itself is not new as many countries in the US and Europe have attempted this in a twofold bid to lower sugar consumption and increase tax revenue.

“For Malaysia, if it is implemented, manufacturers will have to adjust their sugar content or formulas to ensure minimal impact to their bottom-line and taste and we will expect to see reduce consumption in the public initially,” he said to The Borneo Post.

“However, this will be dependent on the tax structure itself.”

The success of sugary drink taxes has been varied around the world. Nearer to home, Brunei started on its sugar crusade last year in April and was widely accepted and approved but has yet to report any results on if it has helped curb consumption.

Singapore as well had mulled on the idea for a while but ultimately shelved it for the time being and instead negotiated with its soda manufacturers to reduce sugar content in their drinks.

Regardless of whether the tax has managed to effectively curb sugar consumption, governments who ended up implementing such taxes gained significant revenue – lending some support in the case of Malaysia as it would help meet some of the shortfall of revenue from the abolishment of the GST.

However, Lau warned that this was only assuming if the implemented tax is not to prohibitive.

“If the tax is too prohibitive, smugglers will end up wanting to exploit the arbitrage and it may turn out like our tobacco industry where our illicit cigarettes are getting bigger than the legal market.”

Taking a different view from this, SUPP Youth Central Chief Michael Tiang said that the proposal of the soda tax to meet some of the short-fall from the GST abolishment was redundant as the government should instead be reviewing the GST rather than introducing the SST and potential new taxes.

“With a new SST in the pipeline which is on the way to become the new and biggest contributing factor to higher costs of living, a new soda tax is totally undesirable. People don’t want more taxes and oppressions. In fact, all they are asking from the government is to relieve them from daily struggles on high costs of living.”

And from the health aspect of the proposed soda tax, Tiang questioned whether it would be capable of truly promoting healthier living habits to consumers and instead suggested that the government should find ways to reduce prices on healthy food instead, if they are serious about tackling the issues of health and rising cost of living.

The Danes’ soda tax which was in place since the 1930s is clear example of this as Denmark ended up repealing the tax in 2014 despite the tax netting the government RM286.1 million annually in revenue.

The main motivation for this repeal was the tax was negatively impacting its economy by causing a yearly loss of about RM184.38 million to illicit soft drink sales and its citizens deciding instead to source soda from neighboring countries like Sweden and Germany who do not have soda taxes in place.

“California as well as just repealed their soda tax because of mounting pressure they faced from beverage companies,” Lau added.

“However, if the tax is not prohibitive enough, eventually consumers will just continue on consuming their usual favourite sugary drinks.”