Monday, November 28
You are at:Home»Business»Moderate pressure on inflation after SST’s implementation 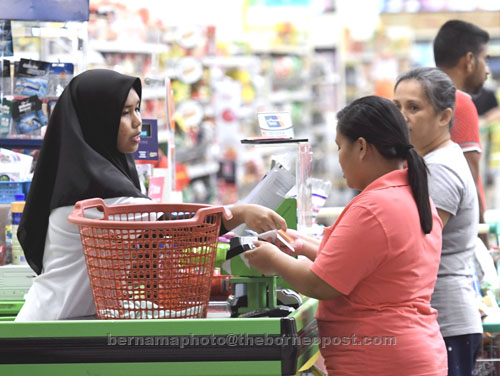 Based on the current inflation trajectory and a slower gross domestic product outlook for 2018 at around 4.8 per cent to five per cent, these suggest the policymakers have room for a 25bps rate cut. — Bernama photo

KUCHING: Analysts have projected that there will be moderate pressure on inflation after the implementation of the sales and services tax (SST).

Headline inflation, which grew by 0.9 per cent year on year (y-o-y) in July from 0.8 per cent y-o-y in June, came in line with market consensus but slightly higher compared to AmInvestment Bank Bhd’s (AmInvestment Bank) expectation of 0.6 per cent.

According to AmInvestment Bank, this brought the inflation to average at 1.5 per cent for the first seven months in 2018.

“We foresee a moderate pressure on inflation after the implementation of SST though the transition will not deviate significantly from the ongoing weak inflation trajectory.

“We also believe the transition will not exert a heavy burden on consumers due to its nature of a single-stage tax and only applies to narrower sets of goods and services.

AmInvestment Bank highlighted that based on the current inflation trajectory and a slower gross domestic product (GDP) outlook for 2018 at around 4.8 per cent to five per cent, these suggest the policymakers have room for a 25 basis points (bps) rate cut.

The research firm further highlighted that with the economy comfortably sitting on a positive real returns, it opens the door for a rate cut amid waning global demand.

“However, the probability remains low based on our assessment given that the rising global interest rates are putting a lid for a rate cut as it will result in interest rate differential that will not favour us, hence adding pressure on the ringgit to weaken.”

On that note, AmInvestment Bank expected the overnight policy rate (OPR) to remain unchanged at 3.25 per cent.