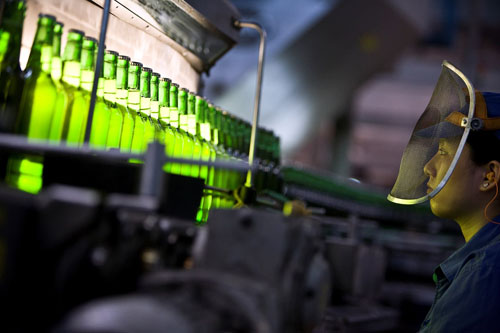 From the new criteria stated above, on-trade establishments which see an annual turnover of RM1 million and above are now liable to pass an additional six per cent service tax for alcoholic products sold there. — Reuters photo 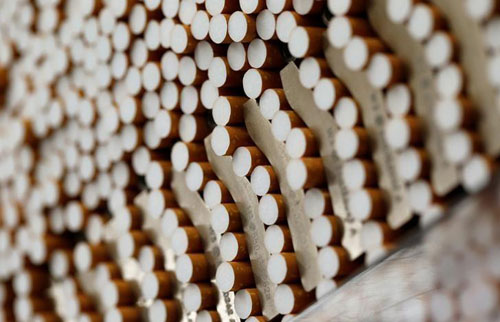 Based on previous restrictions imposed by the Ministry of Health, tobacco players are not permitted to absorb value-added taxes and excise duties or reduce prices from the ceasing of such. — Reuters photo

KUCHING: The impending Sales and Services Tax (SST) on September 1 later this week will add more salt to the wounds of tobacco and brewery players in Malaysia, having already been hit by health restrictions and other sector-specific taxes.

Following the passing by the Dewan Negara on August 20, 2018, The Royal Customs Department of Malaysia declared that a 10 per cent sales tax will be implemented on sin goods in addition to a six per cent service tax on food service establishments with an annual turnover of RM1 million and above.

Kenanga Investment Bank Bhd (Kenanga Research) noted that this differed from the Pre-2015 Sales and Service Tax (SST) regime whereby alcoholic beverages and tobacco products were charged a five per cent sales tax while food establishments with an annual turnover of RM3 million and above would be liable to pay service taxes.

“The move to reintroduce SST stemmed from the present government’s effort to curb general inflation across all consumer goods,” it said yesterday in a research note.

“While the previous Goods and Services Tax (GST) structure charged up to circa 11,200 different goods, the scope of the SST covers 6,400 total goods.

“However, we believe that it is because of the loss of tax revenue driven by this that sales tax rates for goods under certain categories – also known as sin goods – were imposed a higher rate to make up for that short fall.

“In addition, more stringent criteria to get a broader range of service providers to pay service tax could also be led by this motive.”

Based on previous restrictions imposed by the Ministry of Health, tobacco players are not permitted to absorb value-added taxes and excise duties or reduce prices from the ceasing of such.

Hence, cigarette prices remained constant despite the zerorating of GST since June 2018.

“With the reintroduction of sales taxes, the new 10 per cent rate would be charged on the current ‘tax-free’ retail prices to inflate prices further,” Kenanga Research said.

“This would be highly unbeneficial to the legal cigarette market as illicit cigarette sales have become alarmingly rampant due to its availability and affordability.

Recall that is it estimated that illegal sales account for 63 per cent of the industry volume as of June 2018. Therefore, it is highly anticipated that further price pressures would aggravate the leakages from the legal market share.”

Come September 1, the research firm predicted prices of the 20-stick packs would likely increase by 10 per cent across the board.

Note that the sales tax charges differ from excise duties, which are imposed for each stick sold.

Meanwhile for breweries, Kenanga Research gathered that brewers were more fluid with price adjustments to value-added taxes, reducing prices in reflection of the zero-rating of GST.

Although raising prices with the new sales tax would appear to be in the ordinary course of business, it forewarned that the new 10 per cent tax rate was an increment from the previous sales tax regime.

“From the new criteria stated above, on-trade establishments which see an annual turnover of RM1 million and above are now liable to pass an additional six per cent service tax for alcoholic products sold there.

“While this does not directly impact the brewers as they do not sell to the end consumers in this channel, the higher on-trade selling prices further may undermine consumer demand,” it calculated.

With an added six per cent service tax to be imposed towards food establishments, it believed consumption in these locations could be hampered as customers begin to spend less.

“Further, while the previous SST structure only imposed the six per cent service tax on establishments with an annual turnover of RM3 million and above, reducing the threshold to RM1 million would capture more establishments to be liable and charging end customers more.

“This could result in brewers returning to an off-trade concentrated revenue stream which may translate to lower profits overall.”