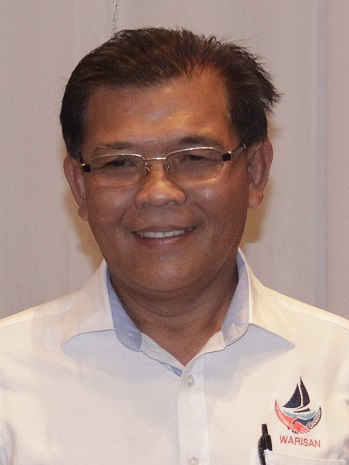 KOTA KINABALU: Parti Warisan Sabah has categorically denied that it is in any way involved or has been issuing forms for the registration of identity cards or application of citizenship.

Executive secretary of Warisan, Arifin Asgali said the party has no authority on matters related to the issuance of identity cards or citizenship because provisions in the Federal Constitution and National Registration Act are clear and explicit about such serious matters.

Under Articles 16 and 19 the Federal Government can grant citizenship to a non-citizen if that person is deemed qualified.

“… the Federal Government may, upon application made by any person of or over the age of twenty-one years who is not a citizen, grant a certificate of naturalisation to that person if satisfied…” that the person meets specific conditions.

Arifin who is also Assistant Minister in the Chief Minister’s Department, pointed out that even the federal National Registration Department and Sabah state government have no authority to issue identity cards or grant citizenship.

“Only the Minister of Home Affairs has that authority and even so it must be in accordance with the Federal Constitution,” he said in a statement issued yesterday.

He censured irresponsible parties for spreading malicious lies that Warisan was carrying out an exercise to register illegal immigrants as citizens and issuing identity cards.

“The opposition parties should not be so lazy and forget to do their homework before hurling lies to smear Warisan’s image.

“Neither the party nor the Sabah government can give out ICs and accord citizenship. It is so clearly stated in the Federal Constitution. Too bad they failed to read up on this matter,” he added.