Wednesday, December 2
You are at:Home»News»Sabah»Leaders back Hii as Sandakan Council president 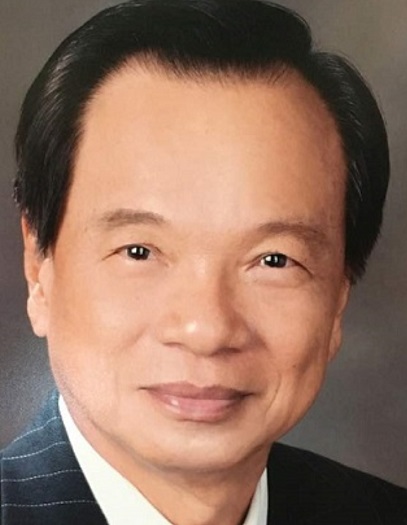 KOTA KINABALU: Political and community leaders as well as members of the public fully support the appointment of businessman Datuk Peter Hii Chang Lik as the new Sandakan Municipal Council (SMC) president despite objections from some quarters.

Minister in the Prime Minister’s Department (Law), Datuk Liew Vui Keong said the appointment of Hii as is timely because the State Government is planning to develop Sandakan to become a town that is more advanced, beautiful and clean.

“Hii’s appointment is not an issue because Hii has the wisdom and excellence for the responsibility as SMC’s president. In this new government, Prime Minister Tun Dr Mahathir Mohamad had said when appointing one person into a position, the priority should be on the merit and wisdom, and one’s not race or religion.

“Questioning one’s origin is no longer relevant in this time. Do not use this sentiment to tarnish someone’s wisdom,” he said.

Liew said that Hii’s performance could be seen within one year of his contract period, and it will determine if he is a good president.

“All parties should give him time to prove his capability to bring change to Sandakan. We have to remember that the past SMC president was not from Sandakan as well and he was surrounded with various issues.

“Also former SMC president Datuk Yeo Boon Hai who is now mayor of Kota Kinabalu City Hall was from Sipitang; are the people of Kota Kinabalu unhappy about his origin, surely not. Kuala Lumpur’ mayor, Tan Sri Mohd Amin Nordin Abg Aziz was from Negeri Sembilan, but nobody questioned his origin when he became the mayor of KL,” Liew stressed.

He said that Hii was born in Sarawak but has been living in Sabah for over 40 years and has permanent resident status here.

“Don’t be too quick to criticise because a lot of the government officers in Sabah, especially Sandakan are not from the town. I hope the people of Sandakan would give him chance to perform his duty that was given,” he added.

Health and People’s Wellbeing minister Stephen Wong Tien Fatt said Hii, a businessman hailing from Sarawak, should be given a chance before criticizing him.

Wong said he was informed that Hii has been in Sabah for a long time and even possesses a MyKad with the “H” denotion that indicates permanent residency in the State.

“Of course, some of them take him as a Sarawakian but as far as I know, he has been in Sabah since the 70s until now. More than over 40 years and he already got the Sabahan status,” he told the media after visiting the Merdeka-born babies at the Sabah Women and Children Hospital in Likas here on Friday.

“His IC (identification card) has an ‘H’ since I think around 1980. I don’t know exactly the year, but you can check with him. That is as far as I know.

“Whatever it is, he has already, confirm, appointed. So we are looking forward to work better for the betterment of Sandakan. That’s all I can say. There are so many people that are giving negative comments. Let’s see his work. I think then you only comment. He might do well. We can adjust whatever thing that is still,” added Wong, who is also Sandakan member of parliament.

Many are unaware that Hii was a municipal councillor for several terms under the Barisan Nasional government.
Karamunting assemblyman George Hiew pointed out that nobody complained about Hill or his status during his tenure as councillor then.

“There were no complaints when he was a municipal councillor previously. Hii was born in Sarawak but he has stayed in Sabah for more than 50 years.

“We want a Sandakan where people live in harmony and feel safe. Where the economy is flourishing and we all feel proud to have a beautiful town,” he said.

Hiew added Hill’s appointment to head the Sandakan Municipal Council should not be used to attack the Warisan-led state government but viewed as an appointment based on merit.

Assuring that the state government will always prioritise the interest of Sabahans in policy-making, the state is by no means opposed to non-Sabahans contributing to the development of the state.

“Let us be more inclusive. After all we are Malaysians. We want to make Sabah and Malaysia great again,” said the Assistant Minister of Local Government and Housing.

Agriculture and Food Industry Minister Junz Wong said the New Sabah Government will put the interest of Sabahans above all but will not reject the contributions of non-Sabahans who are Malaysians.

“Those who are not born in Sabah but have stayed in Sabah long enough and are capable will be given the opportunity to contribute to the state and hence play a role in nation building,” he said.

Elopura assemblyman Calvin Chong Ket Kiun said that he is confident that Hii will be able to do an excellent job in carrying out his duty in one year.

“People of Sandakan do not need to be worried about the appointment of Datuk Peter Hii. The state legislature in Sandakan will maintain close ties and cooperation with the new president to ensure that we would be working closely together to develop Sandakan.

“Datuk Peter Hii is also expected to set up service counter so that he would be able to get close to the locals, and he will be going to ground personally to listen to the public’s voices and complaints. He (Hii) understands his work goals and directions clearly, so I am sure he will be able to carry out a good job during the one-year term of his appointment,” he said.

Calvin pointed out that the main issues that Sandakan is facing and needs immediate attention from the new president are environmental sanitation, garbage problems and housing development plans.

“I assure the people of Sandakan that the new president that is now working under the new government will not be involved in corruption,” he added.

Chairman of Sandakan Bumiputera Chamber of Commerce, Abg Mohd Jorgy Juana, said that he and the chamber do not have any objection over the appointment of Hii as the new president because he had been a councillor of SMC for a few years and has been living in Sandakan for about 30 years.

“Irrespective of his race or religion, we believe that he can deliver his duties for a better Sandakan, as expected without fear or favour. As a Malaysian, he should be given a chance and support to prove his abilities for a clean and green Sandakan city, free from corruption at SMC,” he added.

A former officer of Yayasan Sabah (Sandakan), Chong Fui Leong, 69, opined that Hii is a recognised successful businessman who has offices all over Sandakan, and he is the right person to change SMC to become a good coordinating officer for government departments (federal and state) in order to provide good services to the locals.

“Most of past SMC presidents tend to ‘please’ the VVIPs and rich tycoons, but not Datuk Peter. He will be brave to complete his task and would do an excellent job for Sandakan. He is known as a capable man.

“Those criticising him baselessly are just pretending they are smart. They should not be judging Peter when he has not even started his mission as president of SMC yet!” he stressed.

A retired headmistress, Kwan Ping Sieng said that the issue of Hii not being a Sabahan is not an issue at all, since it is not the first time that it happened in Sabah as Lim Guan Sing was once appointed as the Mayor of Kota Kinabalu City Hall once.

“Most heads of departments in the government sector are also held by non-Sabahans. From human right speaking, Hii pay taxes from his income in Sandakan too. He stayed in Sandakan and married a local here. His children are all born here, and he had also made a lot of donation to schools and welfare societies in Sandakan.

“As a local, I must appreciate Hii as he is willing to serve us (Sandakan people), does not matter where he is from. He is a successful businessman; he may be able to do a good job as a president of SMC. We need to give him a chance,” she said.

A close friend of Hii, former secretary of Sandakan Sri Sithi Vinayagar Temple (1995-2000), Karuna Subbiah said that he knew Hii as a person who is very hardworking, dedicated and committed in whatever task that is given to him.

“He was ex-SMC councillor therefore I am sure he understands the function of SMC very well. Personally, I believe he can deliver the best to the people of Sandakan. His track record in handling his business successfully is an example that he could do the best.

“The most important thing is he needs to uphold the integrity and put integrity on top in doing his job and I believe he can do it. I look at his appointment as a ‘national service’ or ‘national call’ because he is already successful in his life and now he needs to rest and enjoy the life, but he is still willing to take the task to serve the people of Sandakan,” Karunanithy said.

Chai Teck Chung opined that Hii as SMC president is better than the past presidents who he said did not do their duty well. He said where the person is from should not be an issue because we are all Malaysians.

“Even Lim Guan Eng from Malacca could lead Penang with so much success. I hope the locals would be able to look forward and be open minded about this, and not question the origin of a person to judge if he is fit to become president of SMC,” he added.

Ho Tech Cheong said that he believes that Hii accepted his appointment as SMC president because he truly wants to serve the people of Sandakan.

“It is impossible that Hii took the position for money because he is already a wealthy businessman. I hope he will be able to change Sandakan’s environment into Malaysia’s most beautiful and cleanest city,” he said.

Meanwhile, Mu Kian Mui said he anticipates Hii as the SMC president as he is known to be very successful in his business, so he wants to see how Hii would utilise his knowledge in handling SMC, such as to complete the organisational structure of SMC, rationally deploy manpower to work, implement measures to increase revenue and reduce expenditure, and use the money in suitable place to develop Sandakan.

Yong reckoned that the people should first wait for the State Government’s explanation on the matter.

“It would be correct to call him a Sabahan of Sarawakian origin. We have to wait for the government to announce or disclose the rationale behind such an appointment,” he told reporters when met at Borneo Heritage Sabah’s Sabah Day celebration at the Penampang Stadium on Friday.

He pointed out that many Sabahans were born outside Sabah.

“Knowing that he (Hii) has been living, working and conducting business here in Sabah for many years, I would consider him as a Sabahan with Sarawakian origin.

“Whether or not he is qualified to be the chairman of the municipal council, we should wait for what the government and ministers have to say,” Yong added.

The appointment of non-Sabahans to key positions in the state civil service is not unusual and has been the practice for almost 50 years.

Among them are Tengku Adlin (Kelantan) whose last post was as chairman of Sabah Tourism Board and Osman Walat, the general manager of Sawit Kinabalu, a government-linked company.