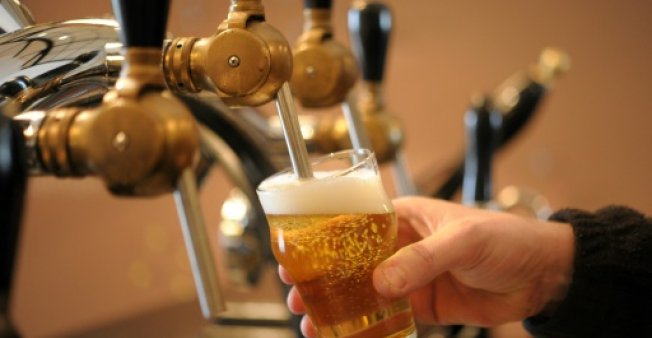 Both Heineken Malaysia Bhd and Carlsberg Brewery Malaysia Bhd (Carlsberg Malaysia) have announced that they are raising the prices of their beer following the reintroduction of the sales and services tax (SST) last Saturday. – AFP file photo

KUCHING: The prices of beer and cigarettes are about to go up nationwide as brewers and tobacco manufacturers pass on the 10 per cent sales tax to consumers.

The Edge Financial Daily reported today that both Heineken Malaysia Bhd and Carlsberg Brewery Malaysia Bhd (Carlsberg Malaysia) have announced that they are raising the prices of their beer following the reintroduction of the sales and services tax (SST) last Saturday.

According to Carlsberg Malaysia managing director Lars Lehmann, the company — whose brands include Carlsberg, Asahi Super Dry and Kronenbourg 1664 — has made a 5.5 per cent adjustment on its products’ prices to distributors effective Sept 1.

“We expect the implementation of the SST will impact consumer spending on beer negatively, especially in on-trade exposed to double taxation from both 10 per cent sales tax on products at manufacturer level and 6 per cent service tax at retail level such as restaurants and bars with yearly revenue above RM1.5 million,” Lehmann told The Edge Financial Daily.

However, he is unable to estimate the exact impact on the company’s sales yet.

For Heineken Malaysia, the price increases on its products will take effect beginning Sept 17.

Its finance director Szilard Voros was recently reported as saying that the new prices of Heineken products post-SST will still be cheaper than that during the goods and services tax (GST) regime.

Last Tuesday, at the group’s briefing on its results for the first half of 2018, Voros said he did not expect the SST to have a big impact on the brewer’s volume growth.

“We believe consumer sentiment will continue to be on a high level. Under the SST we don’t expect a big impact, but it will open up a [price]gap between [legal beer and]contraband beer. This is something we have to be careful about,” he said.

In a statement last Friday, BAT Malaysia managing director Erik Stoel said as the SST for cigarettes had been gazetted at 10 per cent as of last Wednesday, the company would be required to increase cigarette prices. However, the quantum of increase was not disclosed.

“For the tobacco industry, a sales tax of 10% is higher than the previous six per cent GST,” he said.

Stoel noted that it also implies a double taxation as the SST will be levied inclusive of the high levels of excise, which the tobacco companies currently contribute to the government.

“Unfortunately, this will leave us no other choice, but to consider an increase of the consumer prices to reduce the estimated negative impact on our business performance and to compensate for the differential in tax between SST and GST,” he added.

Last Thursday, JTI Malaysia, whose brands include Winston, Mevius and LD, also announced an impending increase in cigarette prices for all the brands that it distributes in Malaysia with the introduction of the 10 per cent sales tax.

Its managing director Cormac O’Rourke has also expressed his disappointment that the government is not reverting to the five per cent sales tax rate, which was imposed before the GST introduction.

“The introduction of sales tax at 10 per cent for tobacco products in Malaysia translates into a price increase for all our cigarette brands taking into account the incremental rate differential from the previous GST rates levied on cigarettes,” said O’Rourke.

Philip Morris (Malaysia) Sdn Bhd managing director Kang Tae Koo said the company, together with other members of the tobacco industry association, is currently in consultation with the government on the implementation of the SST.

“We hope that the impact will not further exacerbate the illicit cigarette trade situation, which is at an alarming level of 58 per cent,” he told The Edge Financial Daily.