Tuesday, September 28
You are at:Home»Business»Govt to assist rubber smallholders amid low prices 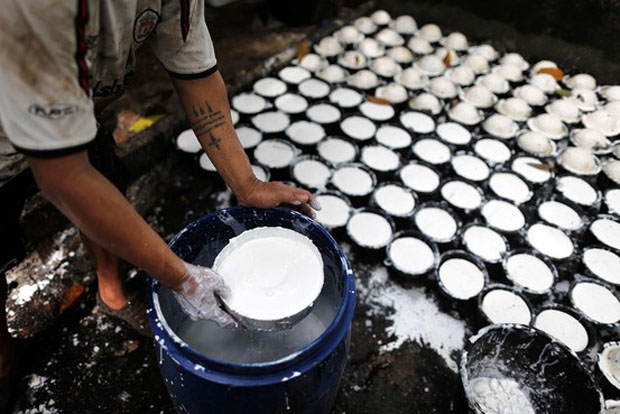 The price of tyre-grade Standard Malaysian Rubber is forecast to remain relatively low at between RM5 and RM6 per kilogramme for the next one to two years, weighed down by oversupply in the market. — Reuters photo

KUALA LUMPUR: The government will continue to assist rubber smallholders via the Rubber Production Incentive (IPG) scheme to cushion the impact of the current low price period which is expected to persist over the next one to two years.

Malaysian Rubber Board Director-General Datuk Dr Zairossani Mohd Nor said the price of tyre-grade Standard Malaysian Rubber (SMR 20) is forecast to remain relatively low at between RM5 and RM6 per kilogramme (kg) for the next one to two years, weighed down by oversupply in the market.

“Based on the International Rubber Study Group, a group of independent non-governmental organisations, there will be two million tonnes of excess rubber supply by 2023,” he told reporters after the launch of the ninth International Rubber Gloves Conference and Exhibition (IRGCE 2018) yesterday.

Zairossani said under the IPG, the government would provide an incentive to smallholders if the SMR20 price falls below RM5.50 per kg.

“This is to guarantee a support price mechanism so that they (smallholders) will get RM5.50 (per kg) minimum,” he said.

He said the government is also working with smallholders to improve productivity to mitigate the impact of low rubber prices.

“Even if prices are low, if the productivity improves, they will eventually have a net improvement in income,” he said.

At the international level, the government is working through various international cooperation platforms such as the International Tripartite Rubber Council (ITRC) to achieve a balanced supply-demand growth.

“We have a mechanism called supply controlled mechanism that aims to reduce new areas of growth by five to 10 per cent within the next five years,” he said.

He said this would address the supply-demand imbalance which has seen production grow between five and six per cent annually and even up to nine per cent in certain countries, as compared to three to four per cent demand growth.

He said an agreement between ITRC members on the mechanism is expected to be reached at the next ITRC meeting expected to be held in October or November in Malaysia.

Zairossani said during the meeting, ITRC members would also try to get Vietnam, the world’s fourth largest rubber producer, to join the grouping.

“Vietnam is not a full member of ITRC yet. They are an associate member and mostly come as observers, so we are trying to get them to come in,” he said.

He said Vietnam’s participation in the ITRC would give the grouping more effective control of rubber prices. — Bernama