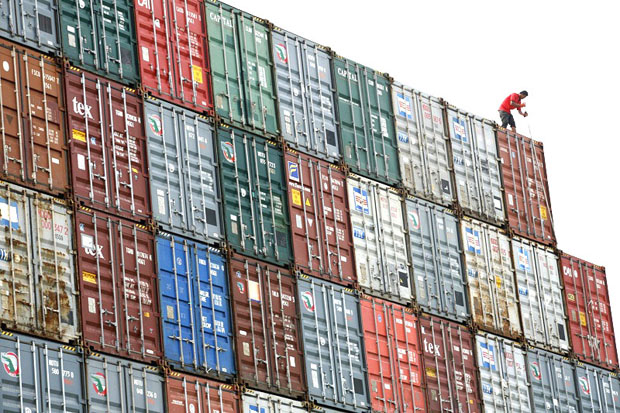 Analysts predict global trade activities in 3Q18 to remain on an upbeat momentum albeit at a moderating pace, in tandem with easing global manufacturing PMI. — Reuters photo

KUCHING: An interesting trend arose in Malaysia’s trade figures for July 2018 when Malaysia’s exports to China jumped by 37.5 per cent year on year (y-o-y) to RM12.9 billion – the highest growth since June 2017.

Similarly, exports to both US and India rebounded by 6.7 per cent and 16.3 per cent y-o-y respectively from negative territory in the prior month.

“By region, exports expanded to both the European Union and Asean regions by 2.2 per cent and 1.2 per cent y-o-y respectively – this, however, slowed compared to

previous month’s gain,” it said in a report yesterday. “Among Asean countries, outbound shipments moderated to all key countries except Philippines.

“The latest second-round trade tensions between the two biggest economies, China and US, pose a bigger concern to Malaysian trade performance besides indecisive trade

which was sharply higher than market expectations of 4.7 per cent.

In particular, exports of thermionic valves and tubes and photocells rose sharply by 49.2 per cent y-o-y in July, while exports for parts and accessories for office

machines, and electrical apparatus and parts, rose by 13.4 per cent and 6 per cent respectively.

This helped offset the sharp drop in exports of telecommunication equipment, parts and accessories.

Strong exports of E&E-related products trended in tandem with global semiconductor sales. However, exports of refined petroleum products declined by 13 per cent y-o-y in July (33 per cent in June), as reflected in the sharp drop of export volume in the same month.

Nonetheless, exports of LNG remained a drag, declining further by 38.4 per cent during the mont, on lower demand from Japan.

“Looking at our regional partner’s, exports of Vietnam and South Korea in August 2018 continued to expand by 5.5 per cent y-o-y and 8.7 per cent y-o-y respectively. This could provide similar waves to Malaysia’s upcoming trade numbers for August,” it said.

“We predict global trade activities in 3Q18 to remain on an upbeat momentum albeit at a moderating pace, in tandem with easing global manufacturing PMI. In addition,

“We forecast exports growth to average 9.3 per cent in 2018. Underpinned by sanguine signs of key global indicators and gradual recovery in commodities prices, we

foresee Malaysia’s exports will expand by 9.3 per cent this year.”

Nevertheless, MIDF Research said brewing trade tensions between the US and a number of countries on top of escalating geopolitical tension could pose as a headwind to global trade including Malaysia.