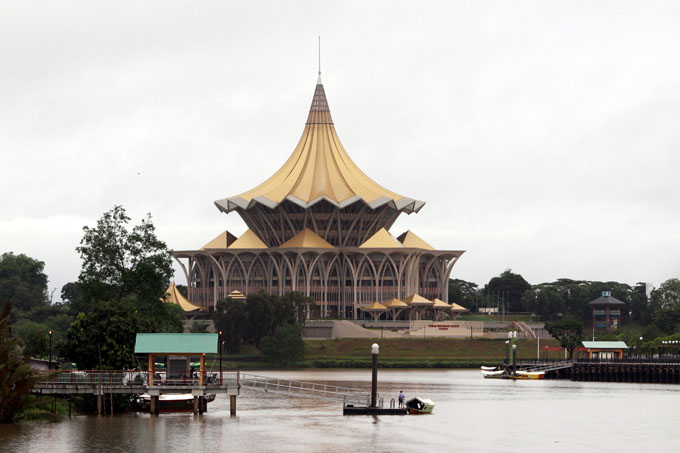 Although the Sarawak government has not extended an explicit guarantee to Aquasar Capital in respect of the sukuk, the issue rating reflects Sarawak’s credit strength, given that periodic payments for the outstanding sukuk are borne by the state through budgetary appropriation.

KUCHING: RAM Ratings has reaffirmed the AAA(s)/stable rating of Aquasar Capital Sdn Bhd’s (Aquasar Capital) RM1,500 million Sukuk Murabahah Programme (2014/2029). Aquasar Capital acts as a funding conduit of the Sarawak government for the sukuk programme to fund the development of the Kuching Centralised Sewerage System. The operations and maintenance of the sewerage project has no bearing on Aquasar Capital’s repayment of the Sukuk.

Although the Sarawak government has not extended an explicit guarantee to Aquasar Capital in respect of the sukuk, the issue rating reflects Sarawak’s credit strength, given that periodic payments for the outstanding sukuk are borne by the state through budgetary appropriation.

“The reaffirmation of the rating is based on Sarawak’s strong financial position and healthy economic fundamentals,” RAM said in a statement. “The state’s ample fiscal reserves accumulated from past surpluses, amounting to an estimated RM29 billion as at end-2017, remain a strong anchor against commodity price volatility despite the state’s heavy reliance on revenue derived from natural resources.

“These reserves provide a comfortable coverage of 3.7 times the state’s hefty total adjusted debts of RM7.78 billion as at end-2017.”

Sarawak’s large revenue receipts – derived from hydrocarbon royalties, dividends from investments in oil and gas (O&G) companies, revenue from CPO and timber as well as additional sources provided for by the Federal Constitution – totalled an ample 3.9 times the state’s annual debt repayments in FY16.

The budgeted fiscal deficit for FY18 of RM256 million is deemed manageable in view of the state’s conservative approach to budgeting and its large fiscal buffers, RAM said.

“Meanwhile, Sarawak’s GDP growth accelerated to 4.7 per cent in 2017 following the recovery of primary sectors, with the pace of expansion anticipated to be maintained within the state’s projected range between four to five per cent for 2018.

“Federal government support for Sarawak is expected to be forthcoming despite the state being currently governed by the opposition coalition, Gabungan Parti Sarawak,” it said.

“This is premised on Sarawak’s strategic representation in the Dewan Rakyat – where it holds the largest number of seats (31 out of 222 seats) – and the state’s economic importance given its abundant natural resources.

“Nonetheless, such support is unlikely to be required by the state in view of its sturdy government finances.

“The federal government’s steadfast commitment to Sarawak’s development agenda can be seen in the former’s continuous implementation of major infrastructure projects in the state, and the appointment of Sarawak members of parliament to senior positions in the federal cabinet – including the position of the Minister of Works – that would facilitate the implementation of crucial federal-funded development projects in the state.”

Despite Sarawak’s greater assertion of its rights under the Federal Constitution and Malaysia Agreement 1963, RAM opined that continuous federal-state negotiations will alleviate differences within the federation, although such negotiations are expected to be protracted.

“While Sarawak’s enforcement of regulatory and licensing authority over the O&G sector through Petroleum Sarawak (effective July 2018) challenges Petronas’s status quo, the state has provided an assurance that relevant parties will have sufficient time to comply with regulatory requirements by end-2019.

“That said, uncertainties arising from this development could dampen the potential flow of investments into the sector.”