Sunday, November 27
You are at:Home»News»Sarawak»Customs foils attempt to smuggle 45 containers of liquors, cigarettes 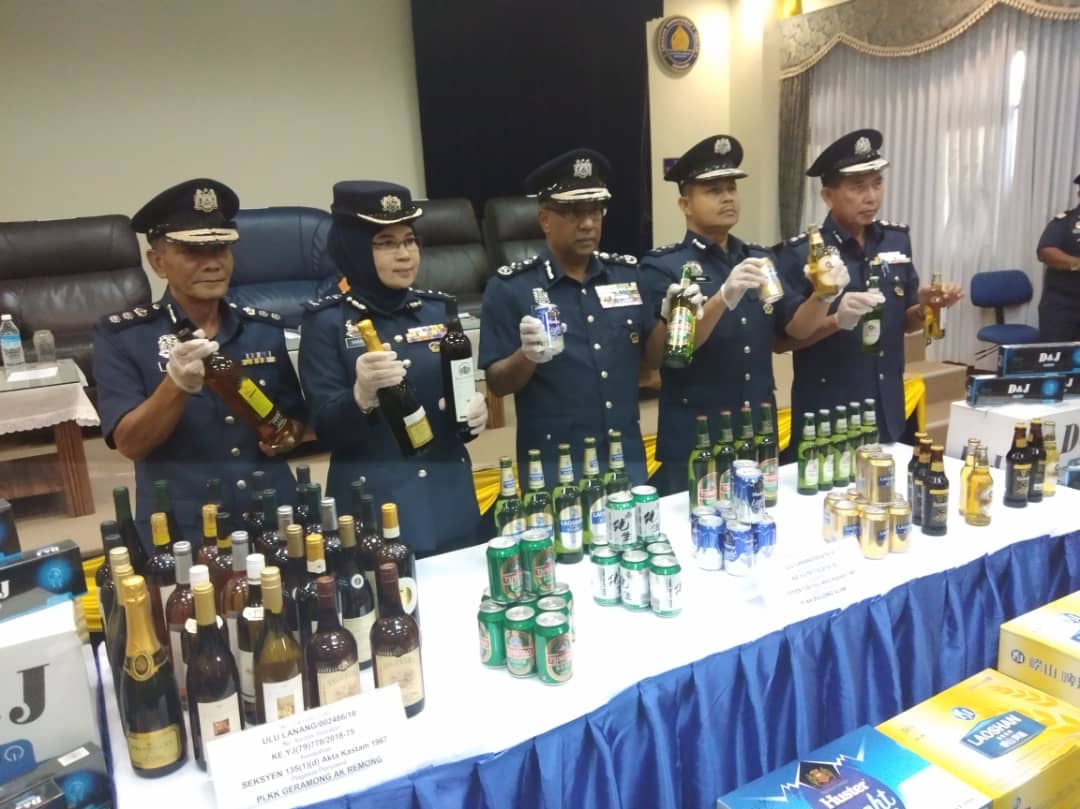 Customs Department director-general Datuk Seri Subromaniam Tholasy said this is the biggest seizure in the state this year.

Subromaniam further revealed that during the raid, the customs enforcement team confiscated all the 45 containers and nabbed seven crew members – all Indonesians – the youngest aged 20 years old, while the oldest at 46 years old.

Adding on, he said based on the records that they got thus far, these individuals are regulars from Vietnam to Sibu.

He added the crew members were remanded for 14 days to facilitate investigation.

“Investigation is being carried out and we expect to charge them in court soon,” he disclosed.

The tugboat and the barge carrying the 45 containers measuring 20 feet were suspected to have originated from Ho Chi Minh City, Vietnam and (the goods) suspected for distribution to local markets in Sibu and other parts of Sarawak.

At the same time, the team stumbled upon a warehouse nearby the private jetty where the tugboat and barge had berthed.

They seized 403 boxes of wine from the warehouse, according to Subromaniam.

“If convicted, they are liable to a fine of not less than 10 times and not more than 20 times the value of goods or imprisonment of up to three years or both,” he stressed.

Asked if the owner of the warehouse was also remanded, he said only the crew members.

“But investigation is being carried out on the ownership of the warehouse and status of the jetty as well as the connection with the shipment (goods).”