Wednesday, October 5
You are at:Home»Business»Sapura Energy emerges as most active following disposal 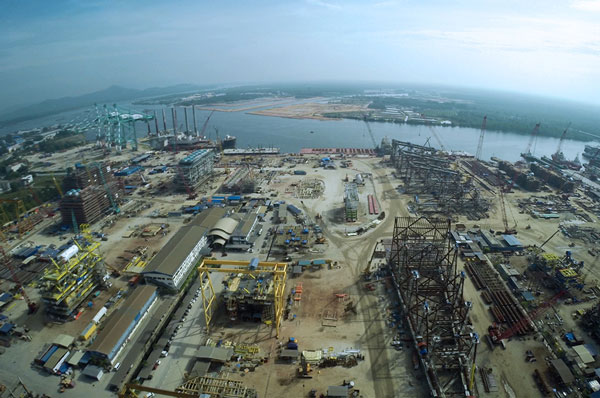 A chunk of Sapura Energy’s earnings will stem from the upbeat offshore activity levels of the engineering and construction segment and sustainably higher crude oil prices of the E&P segment.

Sapura Energy heads of agreement (HOA) with Austria’s OMV Aktiengesellschaft (OMV) has been viewed as a positive move by analysts who also opine that this is a better option to listing the group’s wholly-owned subsidiary Sapura Upstream.

As per Sapura Energy’s statement, the group recently entered into a HOA with OMV AG to form a strategic partnership, with the latter intending to acquire a 50 per cent stake in Sapura Upstream.

“The proposed transaction is based on an enterprise value of US$1.6 billion,” the statement read. “The parties have agreed to continue ongoing negotiations on an exclusive basis.”

The research arm of Kenanga Investment Bank Bhd (Kenanga Research) was surprised by Sapura Energy’s decision to go down the disposal route for the group’s exploration and production (E&P) arm given that they have always been guiding for a spin-off listing for capital raising.

“Nonetheless, we are positive on the valuation of US$1.6b (or approximately RM6.6 billion), implying a price to book value (PBV) of roughly two-fold – which is on the higher-end of our estimated E&P listing valuation range of around one- to two-fold PBV,” Kenanga Research said.

The research arm believed the capital raised will improve Sapura Energy’s tender and order-book visibility as the added working capital would enhance the group’s prospects at job bidding.

On the other hand, the research arm of MIDF Amanah Investment Bank Bhd (MIDF Research) opined that should the proposed partnership between Sapura Energy and OMV materialise, it will provide a better option to the listing of Sapura Upstream – which it estimated to raise approximately US$1.6 billion.

MIDF Research explained that the partnership is a faster alternative and eliminates the potential discount given by the capital market should Sapura Energy choose to list Sapura Upstream.

“In addition, via the partnership Sapura Energy is expected to benefit from new opportunities in the upstream segment and increasing market reach for its services segment where OMV operates in,” the research arm said.

“Should the sale go through; we expect the company’s forward earnings to improve further – in particular from savings in operating expenses.

“The company will also benefit from the reduced constrain on its cash attributable to the upstream business.”

As such, for the financial year 2019 forecast (FY19F) in particular, MIDF Research expected the group to return to the black.

It noted that the chunk of the group earnings will stem from the upbeat offshore activity levels of the engineering and construction (E&C) segment and sustainably higher crude oil prices of the E&P segment.

As for Kenanga Research, given that no timeline was mentioned in the announcement, and the disposal is still under head of agreement (non-legally binding), the research arm has opted to keep its FY19-20E figures unchanged for now.

The research arm had projected core net loss of 204.4 million and core net profit of 195.6 million for FY19E and FY20E, respectively.

“Note that our current figures have already taken into account interests savings arising from the recently proposed recapitalisation exercise.”

While Kenanga Research believed the E&P disposal should serve as a positive share price catalyst, the research arm remained cautious on the counter given the hefty capital outlay required by shareholders, as well as the huge share base dilution, arising from the recapitalisation exercise.

“That said, further rebound in share price would improve the likelihood of a successful rights issue, given that the rights issue price is at RM0.30.”

MIDF Research observed that year-to-date, Sapura Energy’s share price has declined substantially despite stable crude oil prices in the tight range of US$70 per barrel (pb).

“We are of the opinion that the current broad-market sell off presents trading opportunities for investors seeking exposure in oil and gas service providers with direct upstream exposure,” MIDF Research said.

“Although we acknowledge that Sapura Energy’s profitability might still be weak due to its other underperforming segment, we believe that the share offers short term trading opportunities for investors.”