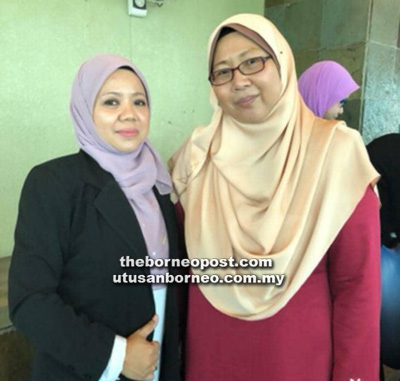 Deputy Minister in the Prime Minister’s Department Fuziah Salleh said she believes victims of such crimes in other schools are now more willing to report the matter to the police having seen action been taken against the perpetrators.

“Before this, many victims from tahfiz schools were probably reluctant to report any sodomy cases. However, there is now more awareness following two such cases in two different tahfiz schools this year,” she told The Borneo Post yesterday.

Fuziah was commenting on the case involving the principal of a tahfiz school in Kepong who was charged last week with sodomising nine students aged between 11 and 16.

A similar case was reported in Kuantan where a 41-year-old tahfiz school volunteer was charged with sodomising 10 students in March this year.

Fuziah, who is the deputy minister-in-charge of Islamic affairs, said most of the tahfiz schools where sodomy cases had been reported were found to be unregistered with the Malaysian Islamic Development Department (Jakim).

She added that until today, the country still does not have a law to regulate tahfiz schools. She also stressed that those implicated in such crimes should not be allowed to operate a new tahfiz school and abuse children again.

“There is a worry that when the culprit comes out from police custody, he can continue to open another tahfiz school because presently, there is no law to stop him from setting up another religious school.”

The Kuantan MP, who is contesting for the post of PKR Women chief in the ongoing party election, arrived here Sunday to meet party members.