Tuesday, March 2
You are at:Home»News»Sabah»Move to develop Tawau into seafood export hub 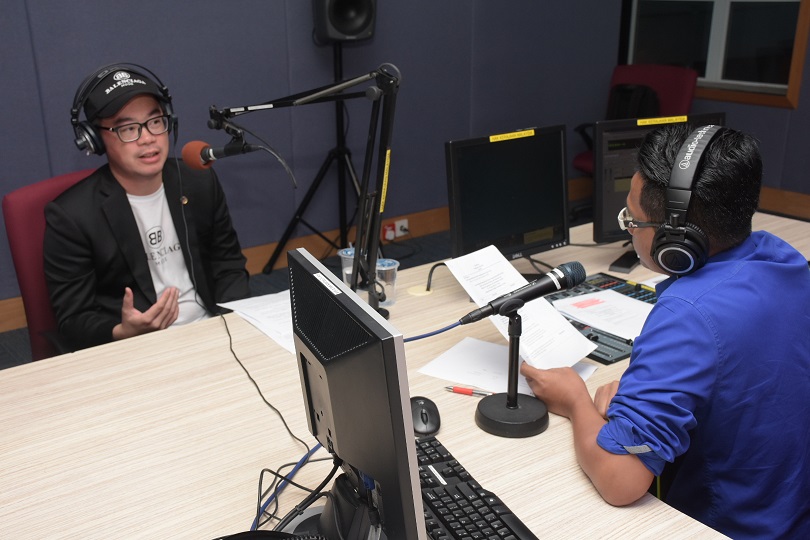 Junz, being interviewed by Sabah Vfm, said his ministry would also focus on seaweed production and the farm site would be expanded from Semporna to Kunak and Tawau.

KOTA KINABALU: Minister of Agriculture and Food Industry Junz Wong affirmed Sabah’s high potential to be developed into an agriculture downstream industry with its abundant resources.

During an interview by Sabah’s Vfm, Junz told listeners that he is confident that Sabah has its own strategic advantages for investors who are eyeing to involve themselves in agrobusinesses.

Tawau in particular is expected to be a huge driver in Sabah’s agriculture scene as the Minister said that it has potential to be developed into a seafood export hub which fitted this year’s HPPNS theme: ‘Our Food Our Future’ – the first ever state-level agricultural fair held in Tawau.

“Tawau is brimming with big eye tuna and yellow tail tuna, both of high export grade to Japan for use in Japanese cuisine – making it practical for Tawau to be developed into the seafood export hub of Sabah.

“(With) the potential for Tawau in tuna downstream industry development, proposals are coming in after Warisan formed the state government. They are eyeing the great business opportunity once the hub is developed,” Junz said.

He added that his ministry would also focus on seaweed production and the farm site would be expanded from Semporna to Kunak and Tawau.

“Seaweed is used in food, skincare and beauty products. The seaweed downstream industry will create job opportunities to the locals.”

To help push the development of Sabah’s agriculture industry, Junz guided that all agropreneurs and grobusiness investors are welcome to join the HPPNS which will be held in Tawau during September 28 to 30.

“This state-level celebration provides a formidable platform on fact finding for Sabah agriproducts and business opportunities”, he said.