Wednesday, July 6
You are at:Home»News»Sarawak»PKR election: Behave, everyone has right to vote, says VP 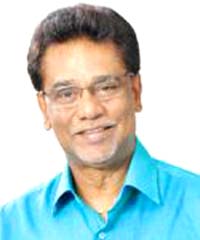 MIRI: PKR members are urged to adopt ‘a gentleman’ manner during the party’s national election as every member has the right to vote.

Its vice-president Dr Xavier Jayakumar said it’s our rights to vote and support any one of our choice, “but do it in a proper manner as the people are looking at even our smallest mistakes.

“My advice to PKR members is to be more professional and be gentleman or lady-like. Don’t do things to provoke anyone especially during the counting of votes,” he said when met here yesterday.

He said this to comment on the ‘flying chair’ incident during the party’s election in Penang recently.

Dr Xavier said the (PKR) election is on-going; it started in Penang last week where the ‘flying chair’ incident happened. He, however, added it was a normal thing to happen in any election.

To the voters here, he advised them to behave themselves so that the election process could go on smoothly and peacefully.

On the ‘flying chair’ incident , he said the party had taken action against the culprits. They have been sacked with immediate effect by the top leadership.

Dr Xavier is meanwhile defending his vice-president post, and is very positive of a favourable outcome based on feedback during his nationwide roadshow.

“I am defending my post at least for another term now that I have more responsibility as Minister of Water, Land and Natural Resources.”

He said he wanted to make the party stronger, and is looking forward to the state election in Sarawak to see how well the party (PKR) would fare.