Monday, March 1
You are at:Home»Business»Long road ahead for Asian drivers revving up to go electric 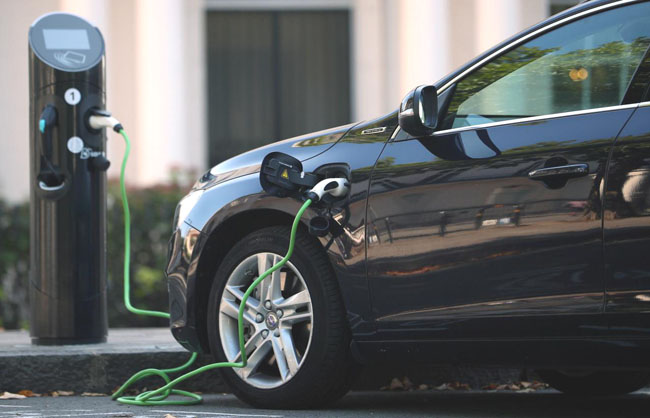 If the electricity that powers them is from renewable sources, they can also help meet the emissions reduction targets submitted by governments for the 2015 Paris Agreement to curb climate change. — Reuters photo

KUALA LUMPUR: When Benjamin Jacob stops his new scooter at traffic lights in Malaysia’s capital, fellow drivers sometimes flash their lights or honk their horns at him, though he has done nothing wrong.

With his silent electric motorcycle, other users of Kuala Lumpur’s congested roads wrongfully assume the 29-year-old has turned off his engine or fallen asleep at the wheel.

But the delivery driver is always alert – especially since he was picked to take part in a new electric-vehicle pilot project run by logistics giant DHL eCommerce.

When drivers beep at him or wind down their windows, Jacob lets them know he rides an electric bike that makes no sound.

Parcel delivery firm DHL eCommerce is testing electric vehicles in Malaysia and Vietnam for a year as it works towards a goal of cutting its logistics-related greenhouse gas emissions to zero by 2050.

If the electricity that powers them is from renewable sources, they can also help meet the emissions reduction targets submitted by governments for the 2015 Paris Agreement to curb climate change.

Cities in the Asia-Pacific region have seen unprecedented growth over the last two decades.

Many face air pollution crises, crippling congestion and other challenges related to mobility and infrastructure.

The DHL project is rare in Asia, which experts say lags other regions in creating the right incentives, regulatory frameworks and infrastructure needed to make electric vehicles more attractive to both drivers and businesses.

At first, DHL wanted to pilot the project in three countries, but regulatory issues and limited availability of e-bikes in Thailand prevented it from launching there, it said.

Globally, the group hopes to replace 70 per cent of all the vehicles it uses for “first and last-mile” delivery services with cleaner energy versions by 2025.

“After one year, we will see which bike does the best and how practical it is to scale up and look at more fleet joining us,” Anil Gautam, managing director for DHL eCommerce Malaysia, told the Thomson Reuters Foundation.

Around the world, electric and plug-in hybrid cars topped 3 million in 2017, a 54 per cent jump from 2016, according to a 2018 report by the Paris-based International Energy Agency (IEA).

China was the largest electric car market, accounting for half sold last year – about 580,000 cars.

China has also invested in technology and mass production to bring down costs and make electric vehicles more affordable, he added.

The United States had the second-highest number of plug-in vehicles, with about 280,000 cars sold last year, although Nordic countries lead on market share, the IEA said.

Norway was in the top slot, with electric cars making up 39 per cent of new car sales.

China and Japan aside, experts said Asian governments should consult more with industry and consumers to improve policies on electric vehicles, especially as the economic advantages of switching to electric from fossil fuel vehicles are slim.

There is a need to expand infrastructure for electric vehicle charging beyond homes and work places – a key barrier to take-up of electric vehicles in the region, said Dominic Patella, a transport specialist with the World Bank in Brussels.

“Where this generally works is when you have close cooperation between industry and government, and there are economic incentives for both infrastructure and the purchase of vehicles,” said Twork of Renault-Nissan-Mitsubishi.

Preferential parking and lane access are other options for cities, many of which already ban diesel vehicles from the centre at busy times of day or have late-night curfews to reduce noise pollution.

Governments, meanwhile, can make it easier to import electric vehicles, and play a role in persuading public and private transport providers to go electric.