Sunday, September 25
You are at:Home»Business»Consumer sector’s 3Q to see boosts from tax holiday 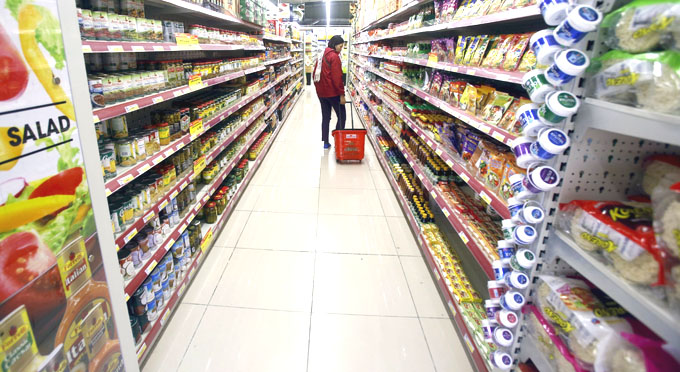 In September 2018, the new Sales and Services Tax (SST) system became effective but raised much uncertainty with its implementation, causing some manufacturers to withhold any resulting price increase from the tax.

KUCHING: The consumer sector’s third quarter of current year 2018 (3QCY18) results are expected to be boosted by the “tax holiday” spending, analysts project, but subsequent quarters may ease comparatively due to higher SST-led prices.

According to the research arm of Kenanga Investment Bank Bhd (Kenanga Research), the “tax holiday” during July and August 2018 is expected to see heightened spending, which further encouraged merchants and outlets capitalising on the event with Goods and Services Tax (GST)-free marketing.

“In September 2018, the new Sales and Services Tax (SST) system became effective but raised much uncertainty with its implementation, causing some manufacturers to withhold any resulting price increase from the tax,” Kenanga Research said.

“This was also seen amongst certain tobacco players who retracted their SST-due price increases. Eventually, the translated price hikes could abate consumer spending and skew performances, as consumers rushed to capture lower product prices as soon as possible.”

The research arm added that the food service industry may also resort to higher prices from the service tax imposed to customers.

Kenanga Research highlighted that certain establishments may impose percentile service charges, which are separate from the above tax.

It further highlighted that retail operators and brands run business models with a high imported product mix may see a higher tax exposure from the 10 per cent sales tax given their less complex supply chain.

“In the near term, strong 3QCY18 results could be registered from the abovementioned “tax holiday” scenario and could potentially lead to better investor appetite.”

“However, we believe trading sentiment could ease subsequently as companies begin to implement the necessary price increases which may clamp on consumer spending.

“Additionally, while lower-than-expected, the rise in our nationwide minimum wage to RM1,050 (effective January 2019) could translate to some degree of cost pressures to labour intensive business models.”

Overall, Kenanga Research noted that top-line expectations may be held back by a retraction in consumer spending as domestic currency does not appear to be strengthening.

“Still, there may still be room for earnings to expand in lieu of higher margins secured by better commodity trends.

“While retailers with high import content may see a dampening impact from sales taxes, the lower forex exposure against CY17 could potentially offset the higher tax function in their respective price model.”