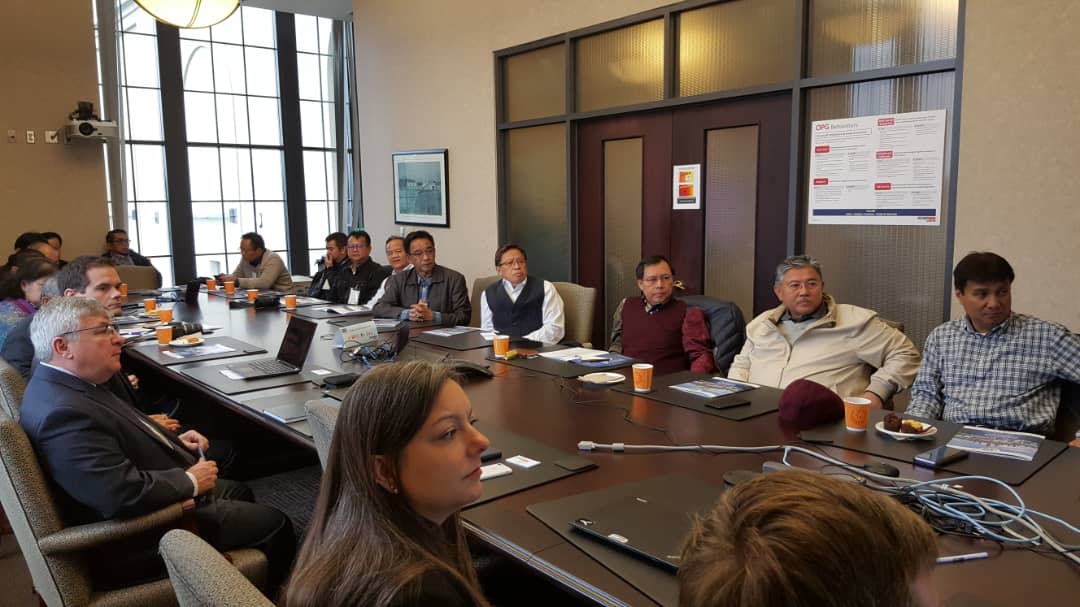 The Chief Minister and his delegation during a briefing at the Adam Beck hydro power plant.

KUCHING: Sarawak would be taking Canada as a model in the management and governance of its hydro dams and water usage because of the country’s strong and long experience in these areas, said Chief Minister Datuk Patinggi Abang Johari Tun Openg at the end of his study visit to the Province of Ontario in Canada.

Abang Johari and his delegation arrived in Toronto last Monday for a four-day visit.

Canada, in particular Ontario has a long history and reputation of hydro power generation with the first hydro plant built about 100 years ago.

Hydro power plants produced more than 70,000 MW of power in Canada which is only second to China.

The Chief Minister said the visit had demonstrated to his delegation how water was treated as a precious commodity to generate economic returns for the country, particularly Ontario.

He said he was particularly impressed with how various legislation had been introduced in the province to regulate the many uses of water compared to Sarawak which had practically none.

The Ontario water legislation had also provided a clear picture of what came under federal and provincial jurisdiction in Canada in the governance of the extensive system of water bodies in the country, including the Great Lakes, he added.

He pointed out that Ontario even had a special institution to conduct research on water citing the Water Institute at the University of Waterloo near Toronto.

The Water Institute were among the various places of interest included in the Chief Minister’s itinerary in Ontario.

He capped his visit by visiting the Sir Adam Beck Hydro Power Station near the world famous Niagara falls on Wednesday.

While at the station the Chief Minister and members of his delegation were briefed among others on the station’s water management plan, management of dams and public safety risk and the relationship between dams and agriculture.

He said Sarawak had to learn from Ontario on various aspects of water management such as water policy, water legislation, water research, development of water bodies and environmental enforcement and compliance.

The things learned during the trip would be useful inputs in Sarawak’s desire to formulate a water policy and water legislation in order to turn water into a precious economic asset, he pointed out.

The delegation also toured Toronto Island Park where they were briefed by the park’s supervisor how the park had been developed and became an important income generator for Toronto City Council.

Also of significance to Sarawak’s position vis-a-vis the federal government is the level of autonomy of provinces notably Quebec from the Canadian central government that would become a useful reference for the state to determine its stance on issues involving state and federal relationship.