Thursday, January 20
You are at:Home»News»Sarawak»Enjoy storytelling, dance and delicious food with Food Play this Oct 27-28 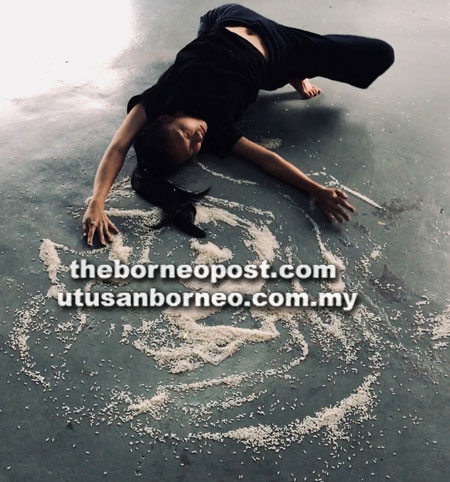 KUCHING: Food Play, held in conjunction with What About Kuching (WAK) 2018, combines storytelling, dance and delicious food for a cross-cultural experience, where sharing and creating with the audience becomes the heart of the event.

In collaboration with a team of talented Malaysian performers, British theatre maker Hester Welch brings this unique experience to Sarawak for the first time on Oct 27-28 from 7pm to 7.45pm at Block E, The Old Courthouse here.

Food Play team director and co-producer Welch is an international theatre director, performer and facilitator based in London. Her previous works include ‘The Forest’ (Marphy’s PlayHouse, China), ‘PEEP’ (LeeFest and The Stretch, UK), and ‘Colour and The Dream’ (Omnibus Theatre, UK).

She is an associate artist at Omnibus Theatre in London, and with the world renowned David Glass Ensemble with whom she has been assistant director on multiple performances across Europe and Asia such as ‘A DEvine Comedy’ (UK), ‘The Brides’ (Italy), ‘Mortgage’ (UK) and ‘City Of Darkness’ (Hong Kong, Indonesia).

Meanwhile, the Food Play co-producer and stage manager is Malaysian Chloe Ling, who is a producer, artist and speech and drama teacher at Blubricks in Kuala Lumpur.

She is the founder of Stories in Motion and curator with Wordsmiths of Kuching, where she has organised multiple sell-out showcases and events.

The Deviser-Performers include Razif Hashim, who is an actor, television host, emcee, radio presenter, performance artist, writer, director and producer.

He spends most of his time running his company Ftalent in Kuala Lumpur, but is most well-known as the anchor host on NTV7’s morning flagship ‘Feel Good Show’ as well as ‘Best in the World’ on the Asian Food Channel.

Another Deviser-Performer is none other than Malaysia’s top actress Carmen Woo.

Woo graduated from Columbia College Chicago with a degree in Dance and Music.

Her pursuit in acting brought her to East West Players in Los Angeles where she debuted in ‘The Importance of Being Earnest’.

Back in Malaysia, she works with B.Lab where she starred in Chekhov’s ‘A Marriage Proposal’ as well as flexing her acting chops in the upcoming short film ‘Gostan’.

Her passion also extends to prop- and set-making for theatre.

Another performer is Malaysian Yap Chiw Yi, who started her dance training in classical ballet at the age of seven.

She is a fresh graduate from the Dance Department of University of Malaya, where she was exposed to other dance forms diversifying her style as an artist.

For further information, followers of WAK can go to www.hesterwelch.com or view the promo video on YouTube at https://youtu.be/cA0G74hDfpw.

Previous ArticleDon’t panic, no change in school holidays — Teo
Next Article Placement of task forces personnel to be settled by year end