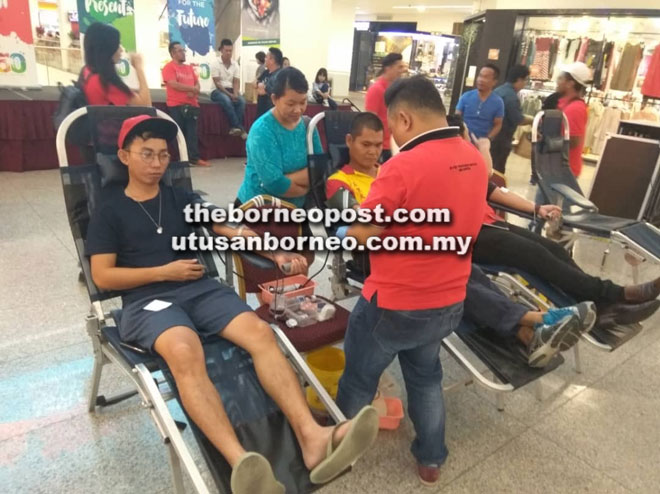 The SOPB’s second blood drive campaign of the year was a success with 59 pints of blood collected.

“Since 2014, the year that we started our blood donation drive as part of our corporate social responsibility programme (CSR), we strive to actively contribute towards the need and wellbeing of the local communities, and by promoting the importance of donating blood that save lives and the responses that we received judging from the number of donors, we are happy that our message is going out there effectively,” said Jeslyn Ha Shiaw Jih, assistant public relations manager.

As this year’s campaign coincided with the Group’s 50th anniversary in the industry, Ha revealed that it means a lot for them to make it a success.

Among activities held as part of the anniversary celebration were golf tournament, SOPB charity run, Vision Care project and rehabilitation programme for children with special needs in community-based rehabilitation centre in Miri through a collaboration with Get Equip’d Australia.

For every successful donor, they were given a goodies bag, which was SOPB’s way to thank the public for their support its blood donation drive.

“It is not alarming, but it is advisable for donors with such blood type to donate to help replenish the blood stock in Miri Blood Bank,” he said.

Previous ArticleAssociation donates rice for needy families through home
Next Article Special smoking space: Discussions to be held with operators of food premises