Tuesday, March 2
You are at:Home»News»Sarawak»RM1 million each for GPS reps for house repairs, rebuilding 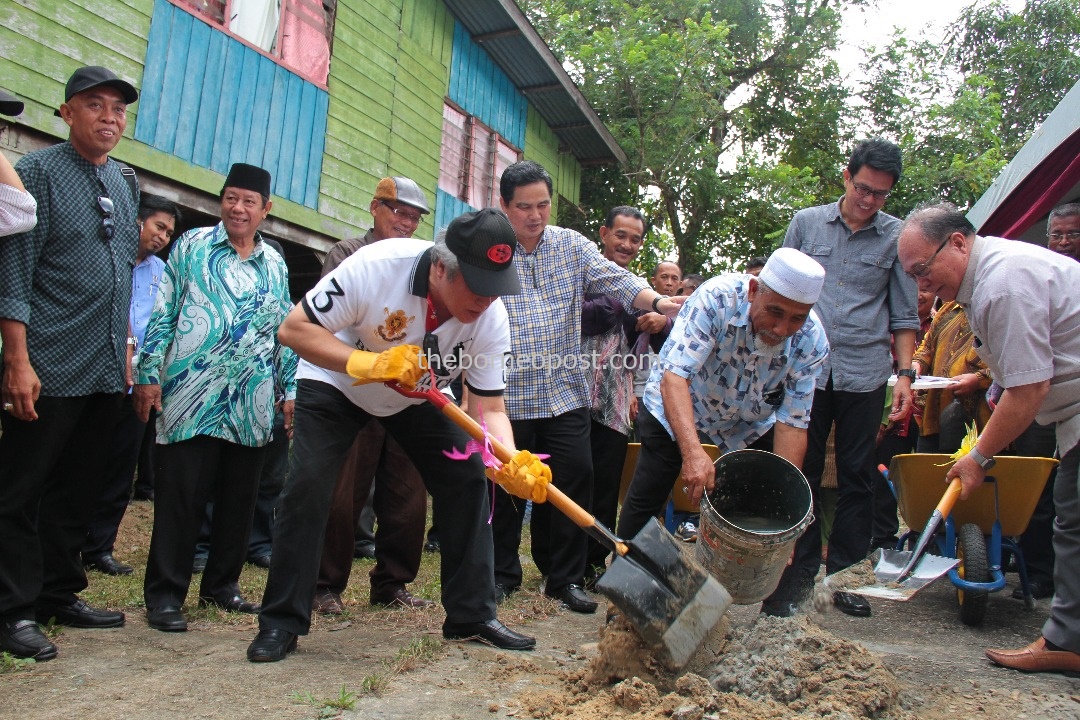 LAWAS: The Sarawak government is moving forward with allocation of RM1 million each to all Gabungan Parti Sarawak (GPS) state assemblymen for repairs and rebuilding of houses and longhouses in their respective constituencies under this state-funded programme.

This is in response to the drastic cut in federal funds under this initiative for applications approved by the previous government, and the Sarawak government felt there was a critical need throughout the state and is compelled to address it without delay.

Deputy Chief Minister and Second Minister of Resource Planning and Environment Datuk Amar Awang Tengah Ali Hasan said this has been approved by Chief Minister Datuk Patinggi Abang Johari Tun Openg and the state cabinet in response to this genuine need on the ground in the state.

“In Bukit Sari, I have instructed that every sen of this fund to be utilised by end of this year through ‘gotong-royong’ involving villagers and approval is based on the vetting by the district office, community and village heads and ADUN Bukit Sari service centre,” he said.

Awang Tengah, who is also Minister of Industrial and Entrepreneurs Development (MIED) and Bukit Sari assemblyman, said this at the launch of Sarawak Minor Rural Project – Repairs and Rebuilding (MRP-PPRMS) project at Kampung Tanjung in Trusan yesterday.

The first phase of the project in Bukit Sari involved 60 houses earmarked for this state funded programme and top priority is accorded by the vetting committee to fire victims and dilapidated houses in urgent need of repairs.

He assured those yet to be included in this project that their names would included in the second phase of the implementation of this project which is meant to alleviate their burden and the need of a decent home with a helping hand from the Sarawak government.

Awang Tengah said there is uncertainty in Sarawak over the fate of the applicants who really needed urgent house repairs or rebuilding following the change of federal government, particularly to previously approved applications hanging in the limbo.

The Bukti Sari committee is chaired by councillor Awangku Jinal Abidin Pengiran Jawa, and designated allocation for repairs of dilapidated houses is carried out under the ‘gotong-royong’ concept for maximum impact.

Awang Tengah said cost-saving means more could be done and in line with maximising benefit to the recipients compared to implementation by contractors through the conventional approach which involved profit margin.

However, it would be up to the respected GPS assemblymen to work out the most pragmatic approach in rolling out this programme speedily.

To ensure the rural communitiy has access to the basic infrastructures and amenities, Awang Tengah said GPS elected state assemblymen and MPs were allocated Minor Rural Project (MRP) and Rural Transformation Programme (RTP) funds to serve the people in their respective areas.

Earlier on, Awangku Jinal in his speech said the grassroots can see for themselves leaders who really cared about their needs and aspiration and walking the talk to deliver the goods for them.

“The people should know where they are heading and choose to support leaders and the government that they know them, not leaders who surface during elections, “ he said.

He said Awang Tengah has an impeccable record as their elected representative for all seasons, working to serve their needs diligently throughout the mandate given.