Tuesday, March 2
You are at:Home»News»Sabah»Court rules that Musa had lost the confidence of Assembly 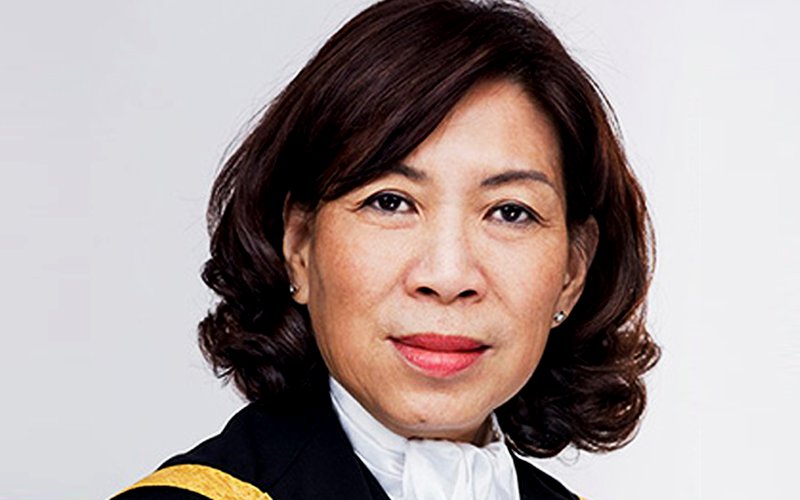 In her reserved decision, Datuk Yew Jen Kie held that based on the six statutory declarations, it showed that the TYT was convinced that Musa had lost the majority.

The judge further explained that hence, in an audience between TYT and Musa, the TYT had requested Musa to tender his resignation but Musa refused to do so.

In her 47-page judgement delivered in an open court read at 2.30pm and finished at about 4.13pm, she also said therefore based on TYT’s understanding that Musa had refused to tender his resignation of the State Cabinet under Article 7 (1) of the Sabah Constitution, Musa and his State Cabinet were deemed to have vacated their respective offices, and the TYT proceeded to appoint Shafie under Article 6 (3) read with Article 10 (2) (a) of the Sabah Constitution.

The court, who made available six pages of her summary verdict to the media, had ensured that all parties as well as the people seated at the public gallery heard her voice before she started delivering her decision on the originating summons (OS) by Musa.

The judge said there were two political coalitions contesting in the 14th general election (GE14) for the 60 seats in the Sabah state constituencies, namely BN-Sabah, led by Musa consisting of UMNO, PBS, UPKO, LDP, PBRS and MCA, while the coalition led by Shafie consisted of DAP and PKR. and in addition, STAR led by Datuk Jeffrey Kitingan.

The judge also explained that it was no different from the coalition led by Shafie, albeit the later was not registered and the candidates of the parties stood on the symbols of their parties.

She recapped that Musa’s argument that the word ‘majority’ in Article 6(7) must be given an ordinary meaning which means ‘relative majority’, ‘the most’ and not ‘absolute majority’ was also untenable.

“If the court were to agree with Musa, it would lead to an absurd situation: it would mean the political party, Parti Warisan Sabah (PWS) which had secured 21 seats in the GE14 had the most votes and Shafie, as member of the Assembly and the leader of PWS which won the most votes, was likely to command the confidence of the remaining 39 assemblymen and therefore TYT ought to have appointed Shafie as the Chief Minister pursuant to Article 6(3) of the Sabah Constitution.

“This surely cannot be the intention of the State Legislature when it introduced clause 7 of Article 6 by Enactment No. 5/1990,” the judge said.

She further explained that the ordinary meaning of the word ‘majority’ was the larger number or more than half and it was the fact that no single political party had won the majority of the 60 state constituencies and thus, Article 6(7) did not come into play when TYT exercised his discretionary power in appointing a CM under Article 6(3) Sabah Constitution.

“Subsequently with the allegiance given by STAR to BN-Sabah, which increased the collective votes of BN-Sabah from 29 to a simple majority of 31, did Musa command the confidence of the majority of the Assembly and Musa was accordingly appointed as the CM on May 10 at 11.00pm.

“However, on May 12, TYT received the said statutory declarations declaring their support for Shafie to be sworn in as CM.

The court also ordered Musa to pay RM15,000 costs each to TYT and Shafie.

“Despite the distinguishing facts and circumstances of the Perak case and that Perak is a constitutional monarchy where the Sultan has the reserved power and that TYT’s exercise of discretion is limited by Article 10(2)(a) to the appointment of a CM, the legal principles enunciated by the Federal Court is applicable to the present dispute as both cases involved the same issue, which is who is the rightful CM and that Article XVI(6) is parimateria with Article 7(1) Sabah Constitution,” ruled the judge.

She also said in Datu Amir Kahar Tun Hj Mustapha’s case, it was said that the evidence of a CM ceases to command the confidence of the majority of the members of the Assembly for the purpose of Article 7(1) may be found from other extraneous sources and are not confined to their votes taken on the Assemblymen provided that those extraneous resources are properly established.

“There was no perjury being committed by the six assemblymen who defected from BN-Sabah as alleged as they merely wrote letters expressing their agreement for Musa to be the CM.

“These letters are not statutory declaration in compliance with the Statutory Act 1960 whereby they declared and pledged their allegiance to Musa to be appointed as the CM,” she further ruled.

On the issue of whether Musa’s refusal to resign and he was deemed to have vacated his post as CM, the judge ruled that the Federal Court in the Perak case had established the legal principles which upon application to the present case, means:

A) That the word ‘shall’ in Article 7(1) of Sabah Constitution should be given a mandatory effect and it is incumbent therefore on Musa who, having lost the confidence of the majority of the Assembly, to tender the resignation of the State Cabinet. The term Cabinet shall consist of a CM under Article 6(2) of the Sabah Constitution and Musa’s refusal to resign after being requested to do so by TYT clearly went against the express provision of Article 7(1)

“For the reasons aforementioned, the issue that TYT had acted ultra vires the Sabah Constitution by dismissing Musa, does not even arise by reason that the State Cabinet including the CM are deemed to have vacated their respective offices and when the CM refused to tender his resignation after having lost the command of the confidence of the majority of the members of the Assembly.

Further on the issue whether the appointment of Shafie was unconstitutional, null and void, the court held that on the high authority of the Perak case, it was clear that when the Cabinet including the CM is deemed to have vacated their respective offices , it paved the way for the TYT to appoint Shafie to replace Musa, pursuant to Article 6(3) of the Sabah Constitution and accordingly, the answer to the issue was in the negative.

On other related issues, namely whether TYT’s exercise of power under Article 6(3) of the Sabah Constitution to appoint the CM is non-justiciable, the court ruled that the constitutional validity of the judgment of TYT can be called into question and justiciable while on issue whether the court should have regard to the political uncertainties created by party hopping after election so that it can minimize the party hopping problem in Sabah, the court was of the view that it cannot be gainsaid that party hopping creates undesirable political uncertainties besides making the voters who had cast their votes in favour of a candidate who then decided to party-hop after winning, feel betrayed.

She explained that it also casts aspersion on the candidates who party-hop after winning, be that as it may, the issue of party hopping is not in the arena for court’s determination in this dispute and it is best left to the wisdom and the will of the Parliament to stop it.

Lastly, on the issue of whether the matter was academic, the judge held that notwithstanding that the Assembly had convened its first sitting on April 11 and that 44 assemblymen had pledged and declared their support for Shafie, which reaffirmed that Shafie had the command of the confidence of the majority of the members of the Assembly.

“My view is that it comes within the exception described in R v Secretary of State for the Home Department (1999) 1 AC 450. Thus, it does not render the issues before the court academicas. It involves a constitutional issue pertaining to the appointment of Shafie and it is of high public interest that the court should deliver a ruling on it to settle the issue for the interest of the public,” added the judge.

She also dismissed an OS filed by Tamparuli assemblyman Datuk Jahid Jahim by virtue of her decision in Musa’s OS and Jahid was ordered to pay RM15,000 costs to parties in his OS.

On June 28, Mohd Shafie had filed a striking out application against Musa’s OS through Messrs Lind Willie Wong.

In the application, Mohd Shafie applied for Musa’s OS against him be dismissed on the grounds that the OS allegedly disclosed no reasonable cause of action, scandalous, frivolous, vexatious and it is an abuse of process of the Court.

Musa, 67, had filed the OS on June 6 via e-filling through Messrs F. T. Ahmad & Co, naming TYT and Shafie as the first and second defendants, respectively.

In his OS, Musa sought declarations that:

a) he is and remains lawful Chief Minister (CM) of Sabah;

b) there was no revocation, removal or dismissal of his appointment as CM;

c) TYT’s act or acts subsequent to his appointment as CM with respect to the appointment of Mohd Shafie as CM are allegedly ultra vires the State Constitution, null and void and of no effect;

e) TYT alleged failure, neglect and/or refusal of appoint of his six nominated assemblymen as advised by him, was contrary to the State Constitution;

f) all acts and things done by Mohd Shafie and his cabinet after Mohd Shafie’s appointment as CM allegedly null, void and of no effect;
Apart from that, Musa was also seeking:

g) damages against TYT and Mohd Shafie to be assessed;

i) costs and such further or other reliefs that the court deems fit and proper to grant.

On July 10, the same court ordered Musa to pay RM5,000 costs for discontinuing his writ of summons against Mohd Shafie last month as he had filed a new action seeking the same prayers by way of OS.

The judge made the order on Musa, who withdrew his writ against Mohd Shafie on June 6 which Musa then took a new twist on the same day to file his OS through the same legal firm.

The writ, which was filed by Musa on May 17, among others, sought a declaration that he is the rightful Sabah Chief Minister and Musa had named TYT and Shafie as the first and second defendants, respectively.

Also present in court were Shafie and most of his cabinet ministers and assistant ministers, while watching brief counsels for Sabah Law Society were Brenndon Keith Soh and Roger Chin.