Sunday, September 19
You are at:Home»Business»Malaysia shipping masterplan needs to be updated 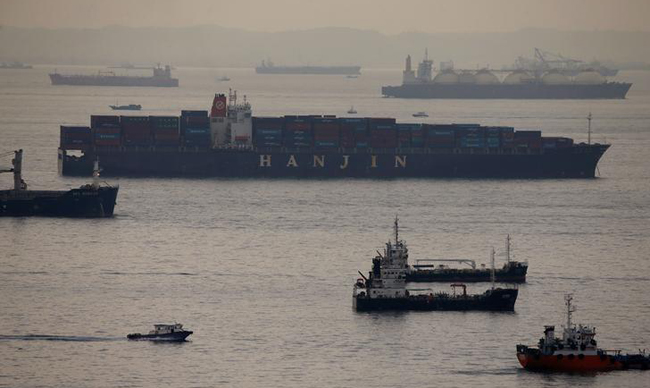 The shipbuilding and ship repair industry in Malaysia, which is a subset of the marine industry, currently employs over 15,000 people and recorded a total trade of RM6.1 billion in 2017. — Reuters photo

KUALA LUMPUR: The maritime industry policies such as the Malaysia Shipping Masterplan needs to be updated with elements of Industry 4.0 to strengthen the industry’s contribution to the economy.

Deputy Minister of International Trade and Industry Ong Kian Ming said little attention was given to Industry 4.0 as the thinking behind the industry was not so mature before.

“With the launch of the Industry 4.0 policy recently and incentives announced in the 2019 Budget, I think it is a very good time for us to work with the industry.

“Players who want to move up to achieve Industry 4.0 standards can do so with the new policy,” he told reporters after the launch of the Malaysia International Marine Expo 2018 yesterday.

The shipbuilding and ship repair industry in Malaysia, which is a subset of the marine industry, currently employs over 15,000 people and recorded a total trade of RM6.1 billion in 2017.

Ong emphasised that focus would be given to the smaller players of the maritime industry for the adoption of Industry 4.0.

“We hope that we can help them work together with these (big) players to see which area within the Industry 4.0 is the most important and relevant to them, and then align the new incentives structure within the budget and also industry 4.0 policy so that we can give special attention to this particular sector because there are 11 components of Industry 4.0,” he said.

Earlier in his speech, Ong said the Malaysian shipbuilding and ship repair industry was mainly driven by local players with the capabilities to cater for the naval and commercial sectors with around 100 shipyards in Malaysia with a majority of them in Sabah and Sarawak.

“There is still plenty of opportunity for the sector to grow particularly in the ship design, parts and components manufacturing, system integration and other marine equipment production,” he added. — Bernama