Tuesday, February 7
You are at:Home»Business»BizHive»Myanmar plans first oil and gas bids since 2014
For the freshest news, join The Borneo Post's Telegram Channel and The Borneo Post on Newswav. 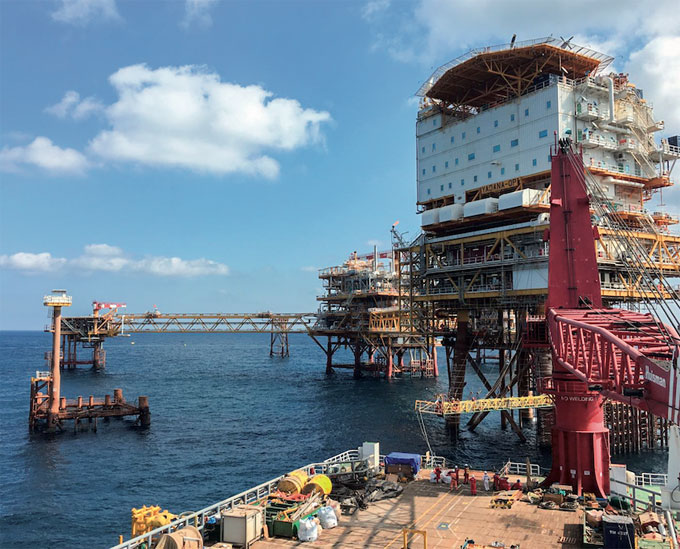 New bids for oil and gas exploration and development rights on a series of blocks, along with reforms to joint-venture requirements, are expected to stoke renewed interest in Myanmar’s energy sector and boost investment inflows.

On August 30 the Ministry of Electricity and Energy (MoEE) announced it would be opening fresh rounds of bidding for oil and gas blocks in the first half of next year, and there are plans to launch a tender for at least one onshore block before the end of 2018.

If all goes according to plan, the MoEE’s Department of Oil and Gas Planning will offer 18 onshore and 13 offshore blocks.

The bids are aimed at revitalising Myanmar’s energy sector, which has seen activity slow down in recent years. The last round of exploration and production (E&P) tenders were held under the former government in 2014.

However, of the 31 blocks the MoEE intends to offer, 16 have been awarded in previous tender rounds, and the winning bidders subsequently relinquished their exploration rights. Preliminary testing was conducted on some of the blocks that were handed back by former leaseholders, which may raise doubts over their commercial viability.

A lack of E&P opportunities in recent years, along with the departure of a number of international energy companies from the local market, has been a major contributor to declining foreign direct investment (FDI).

In FY 2017/18 the total value of FDI fell from US$6.65 billion to US$5.72 billion, according to the Myanmar Investment Commission.

Nonetheless, recent finds in the upstream energy segment have brought new opportunities in the country’s offshore fields to the fore.

Further testing on the block will be carried out to determine the extent of the deposit, since gas was found in each of the five appraisal wells, officials said.

The Shwe Yee Htun-2 field is part of the larger A6 block that has estimated reserves of up to 3trn cu feet, according to a statement by Total.

Beyond offering new prospects in oil and gas, the government is also looking to lift the requirement that overseas investors partner with a local company.

“It will no longer be mandatory to join up with local firms,” Daw Khin Htay, director at the state-owned Myanma Oil and Gas Enterprise, said at a press conference in mid-July. “This will instead be made voluntary in the future.”

In the past, the authorities required that oil and gas projects be joint ventures. This was in part to ensure skills and technology transfer to the domestic energy sector, in order to better equip it for future growth. However, the requirement also diluted foreign investors’ holdings and revenue.

Potential leaseholders may also be encouraged by reports that the Department of Oil and Gas Planning is reviewing the terms of production-sharing contracts.

According to consultancy Wood Mackenzie, some contracts mandate that the state receive up to 94 per cent of all revenue generated from hydrocarbons projects, which is at the upper end of the international scale. Additionally, the government does not currently share the risk in exploration and development costs. To this end, stakeholders have called for the government to reduce its share of revenue from oil and gas projects.

Although this would lower state receipts from each project, the increased flexibility of energy contracts could help to increase the investment appeal of the new blocks and future offerings. However, this restructuring has yet to actually take place.

This Myanmar economic update was produced by Oxford business Group.