Wednesday, October 20
You are at:Home»Business»SEC to supply LNG to Sabah’s East Coast next year 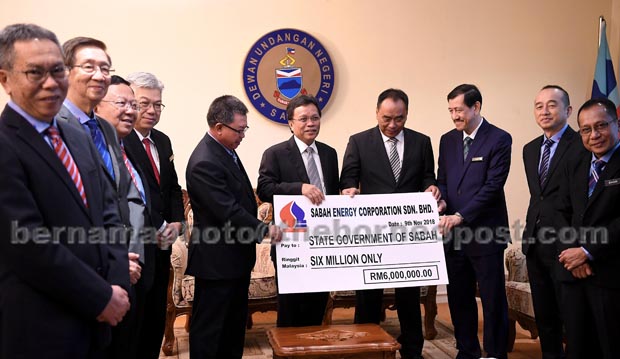 “The LNG will be sent by lorries from our main plant and station in Kota Kinabalu Industrial Park (KKIP),” he told reporters after presenting a cheque for RM6 million, being the dividend to the state government for the financial year ended Dec 31, 2017, to Chief Minister Datuk Seri Mohd Shafie Apdal.

Ramlee said SEC’s future prospects are bright with the implementation of several planned projects, including the supply of LNG to the East Coast, set to bring higher profits. — Bernama