Saturday, January 28
You are at:Home»Business»Developer with a futuristic vision
For the freshest news, join The Borneo Post's Telegram Channel and The Borneo Post on Newswav. 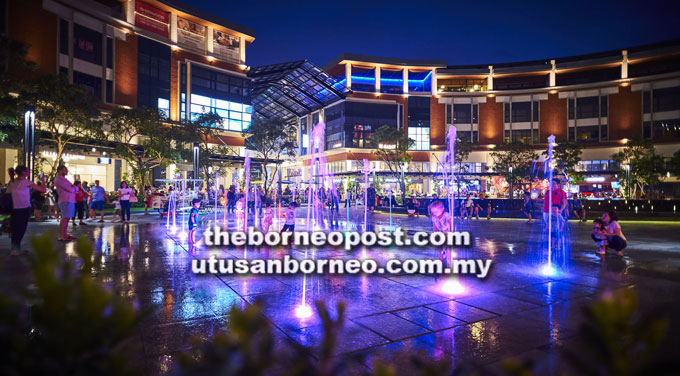 Plaza Arkadia is the focal gathering place for the community and an ideal place for events and open air plays. 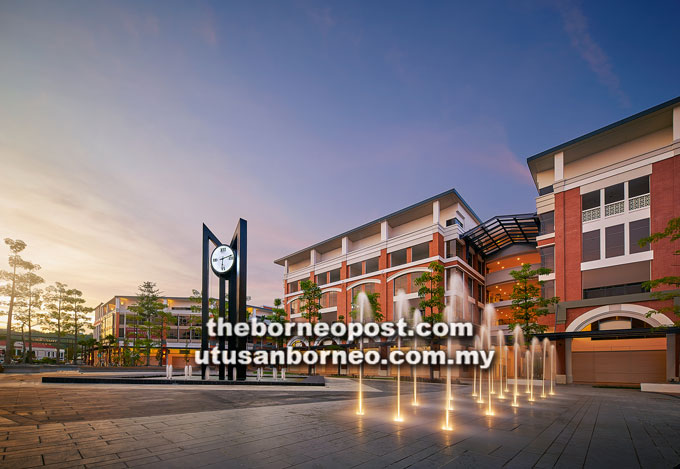 A view of Miri Time Square, managed by ParkCity. The first event will take place there on Dec 7, showcasing the tallest Christmas tree in Miri.

IF there is one thing I have come to expect from Pantai Bayu Indah Sdn Bhd, the master developer of Marina ParkCity in Miri, a subsidiary of PARKCITY, it’s their vision of combining tranquility and vibrancy without compromising the family and community values that go hand in hand with their development.

Recently, a fellow reporter and I were invited by Pantai Bayu Sdn Bhd on a tour to one of its property development projects – Desa ParkCity in Kuala Lumpur, the company’s multiple award-winning community development masterplan.

The first thing that greeted us on arrival was the ParkCity’s exclusive entrance. From then on, I knew it would be an interesting tour.

As we entered Desa ParkCity township itself, I instantly felt the difference. From the hustle and bustle of KL, we were entering another different “dimension” — and I do mean this dimension in a good way.

The serenity and the conceptually planned development enabled us to feel at home and very much welcomed. The fact that the site was a barren quarry before really amazed meat how the place has transformed and become a big success.

In 1999, ParkCity acquired the 473-acre Desa ParkCity site and became the cradle of one of Malaysia’s top selling communities where there are residential areas, retail and commercial spaces, an international school, a medical centre, a community clubhouse and parks.

Today, it is regarded by many as an innovative, imaginative and successful model for a lively, safe, sustainable and healthy community.

One of Desa ParkCity’s main attractions is Plaza Arkadia, the go-to destination for “retail therapy,” get-togethers and food hunts.

Stepping into Plaza Arkadia, I couldn’t help but be reminded of my trips abroad.

It has a distinct look that integrates British colonial designs with modern architecture, coupled with open-air sidewalks, picturesque ambience and an open central courtyard called The Plaza, the focal point as a gathering place for community and other events.

Some of the events hosted at Plaza Arkadia were the 2018 ParkCity New Year Countdown, live viewing of the World Cup finals, community- centric events like The Kids Carnival, Family Race and the iconic Arkadia Weekend markets on every alternate weekend.

It is set to change the whole Food and Beverage (F&B) scene and retail and service industry in the country, and in over a year, has reached a tenancy rate of more than 70 per cent with anchors like Village Grocer and Maybank and varieties of F&B outlets, offering both local and international cuisines.

Plaza Arkadia is a destination that resonates very strongly with its customers that will make them return again and again and I am thrilled to share that this concept has also been used by the developer to set up Miri Times Square which locals will find exciting.

Located in the heart of Miri City, Miri Times Square is shaping up to be a thriving commercial and financial hub with a mission to enhance urban standards and promote better conditions for city life.

Completed in April this year, the 19.2 acres Miri Times Square with over 2,300 parking bays, offers open spaces, nature and a vibrant atmosphere, providing a fresh and unique experience to the dwellers of the coastal city.

Similar to Plaza Arkadia at Desa ParkCity in Kuala Lumpur, Miri Times Square is inspired by the high-street shops common to the world- renowned shopping districts in London, Paris and New York, and is sited within a safe environment that promotes walkability and encourages visitors to enjoy life in the open air along verandahs or arcades.

Major financial institutions such as Maybank, CIMB Bank, Public Bank and Public Mutual will be taking up occupancy.

F&B outlets like Sushi Zanmai, not to mention Harvey Norman, will also be opening their first store in Miri Times Square next year.

Besides providing for dining out with family and friends, boutique shopping or unwinding at the end of the day at the cafes, it is also equipped with an outdoor central court which is a perfect venue for social events, gatherings and celebrations, the first of which is scheduled there on Dec 7, showcasing the tallest Christmas tree in Miri.

I’m sure the aura of Plaza Arkadia at Desa ParkCity will be felt all over Miri Times Square.

It is set to change the tourism and economic landscapes of the Resort City.

And I’m eagerly looking forward to it.