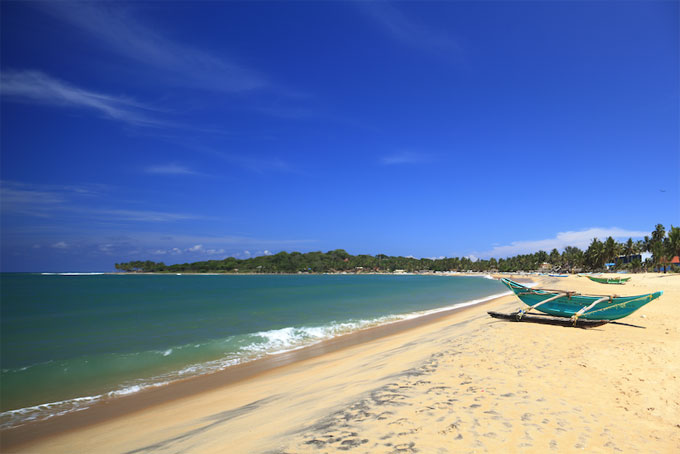 A rebranded Sri Lankan tourism industry is looking to increase visitor footfall through multi-pronged marketing efforts, while seeking to shake off concerns over recent political developments.

Unveiled at London’s World Travel Market 2018, the slogan aims to capture the diversity, richness and authenticity of Sri Lanka, with a focus on young travellers.

“So Sri Lanka is an amplifier brand that supports and engages typical millennial travel exploration,” Vasantha Senanayake, the then-minister of tourism and wildlife, told press at the brand’s launch at the end of October.

“This is important in view of the statistic that in 2020, half of travel revenue will be spent by millennials, and Asia is a millennial favourite – so we are committed to making Sri Lanka future-savvy and a vibrantly relevant destination going forward.”

In line with this goal and to capitalise on being named the best country to visit in 2019 by Lonely Planet, on October 23 the SLTPB announced that it would set aside US$350,000 for a promotional campaign on Lonely Planet’s media channels for a period of three months.

Prior to the announcement of fresh marketing investment, in mid-September the SLTPB approved contracts with five digital media agencies for six-month advertising campaigns in top source markets.

Havas Media India and US-based Ionic Media Institution will implement a campaign in India and China, respectively; Digital Spring in the UK will run a promotional programme there at a cost of US$703,480; Germany’s Media Consult International Holdings will implement a US$697,770 campaign; and France-based Interface Tourism will conduct a US$706,460 marketing programme. The combined investment for the promotions is US$3.5 million, according to the SLTPB.

By contrast, however, an airport kiosk survey run this year found that 64 per cent of 2978 respondents had used hotels for accommodation, while eight per cent stayed in boutique villas/hotels, 14 per cent in guesthouses, six per cent at homestays, six per cent with friends and family, and two per cent in apartments.

The 2017 survey highlighted the potential efficacy of online marketing, showing that 29.5 per cent of visitors were influenced in their decision to come to the country by information accessed on the internet, with recommendations by friends and family second at 27.5 per cent.

Visitor numbers up for every month in 2018

Even ahead of the launch of the new branding and advertising efforts, the industry has been enjoying a strong year.

International arrivals posted year-on-year (y-o-y) growth in every month, reaching a peak of 24.1 per cent in March, according to SLTDA data.

In October, the month for which the latest data is available, arrivals expanded by 0.5 per cent.

India was the largest source market, accounting for 25 per cent of visitors in that month, followed by China, the UK, Germany and Australia, with 12, 12, seven per cent and five per cent, respectively.

The increased footfall has been mirrored by a rise in revenue, with the sector generating US$2.9 billion in the first eight months of the year, according to a recent central bank report.

The January-August 2018 performance bettered the earnings for the same period of 2017 by US$326 million – a 12.5 per cent gain – and helped offset a dip in remittances from workers abroad, another of the economy’s major sources of foreign currency income.

One factor that could impact footfall is the current climate of political uncertainty, sparked by the removal from office of former Prime Minister Ranil Wickremesinghe on October 26 by President Maithripala Sirisena, with former head of state Mahinda Rajapaksa brought in as his replacement – a move criticised by some as unconstitutional and yet to be formally confirmed by parliament at the time of writing.

Amid political uncertainty and concerns over possible protests, a number of countries representing some of Sri Lanka’s leading tourism markets issued updated travel advisories for their citizens, although none recommended against travelling to Sri Lanka.

According to a statement by the Hotels Association of Sri Lanka issued in early November, hotels had not reported any large-scale cancellations, although there had been a slowdown in forward bookings as agencies sought clarification on the situation.