Monday, March 1
You are at:Home»News»State govt will defend unique S’wkian culture and values at all costs – CM 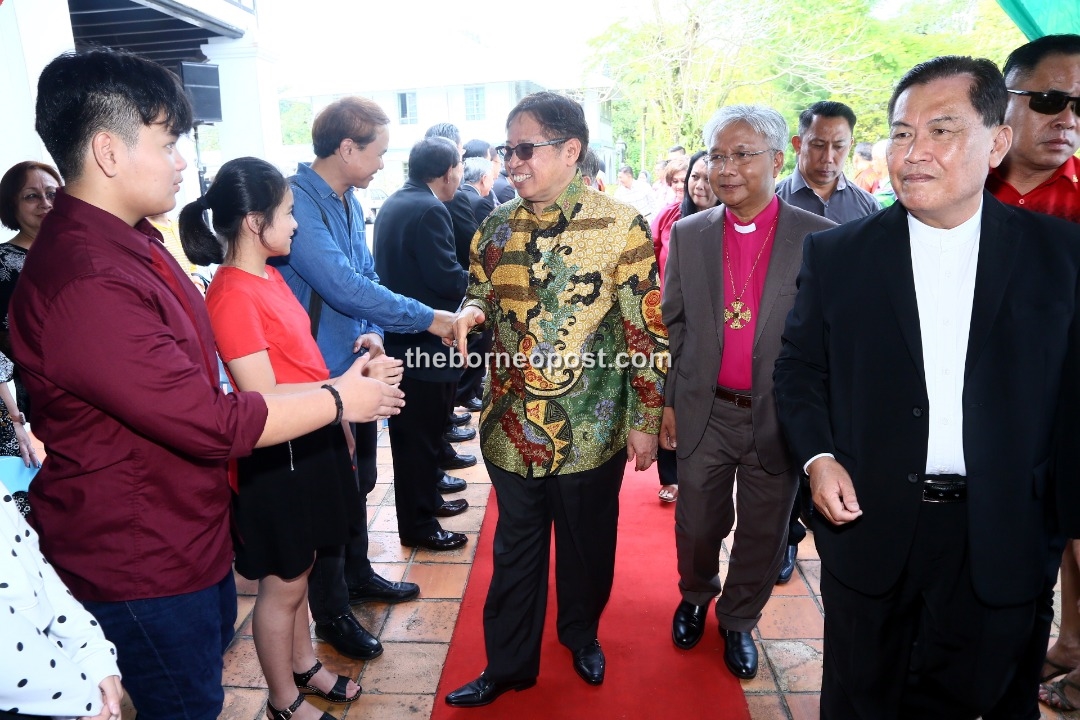 Abang Johari (third right) greets members of the public while paying a visit to Danald (second right) at his official residence at the Anglican Church of St Thomas here.

KUCHING: Sarawak has a unique culture where members from all major religions are able to co-exist peacefully in the state, and the state government is committed to safeguarding these values said Chief Minister Datuk Patinggi Abang Johari Tun Openg.

Abang Johari said this during a visit to the Anglican Bishop of Sarawak and Brunei, the Right Reverend Danald Jute at his official residence at the Anglican Church of St Thomas here.

Abang Johari stressed that only the people of Sarawak truly understand the culture of Sarawak, and his Gabungan Parti Sarawak (GPS) led government stands ready to defend these sentiments.

“I will defend this culture at all cost and with that sort of approach I am sure Sarawak will move forward,” he said, adding that he hoped that Sarawak will be the most developed state in Malaysia by 2030.

In terms of development of the religious institutions in Sarawak, he said that he will continue to support deputy chief minister Datuk Amar Douglas Uggah Embas – who is also the minister-in-charge of Unit for Other Religions (Unifor) – to provide whatever assistance the state government can for the community.

“(Former chief minister) Pehin Sri Adenan Satem started this interfaith understanding and I will continue it with the formation of Unifor.”

He revealed that a piece of land has been approved for the construction of the Unifor building that is within the vicinity of major cultural as well as religions institutions.

“On behalf of my colleagues, we wish you all a Merry Christmas and Happy New Year 2019, and let us work together for the future of Sarawak,” said Abang Johari.