Tuesday, October 26
You are at:Home»News»Sarawak»Some poor folk may lose out

Minister calls for study on new electricity bill rebate, fears negative impact on the poor not registered with e-Kasih 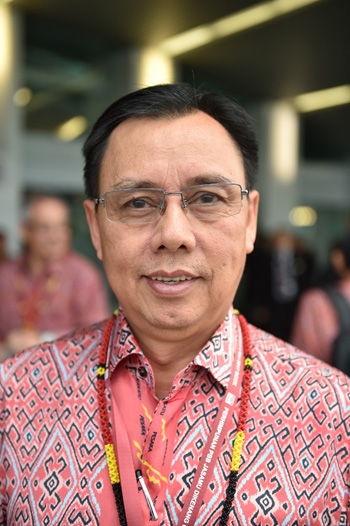 KUCHING: A thorough study should be undertaken by the relevant federal ministries to address the impact from the implementation of the new RM40 electricity bill rebate, set to take effect as of Jan 1 next year.

“Those eligible (for the rebate) have been determined to be confined to those with monthly household earnings of RM950 and below, registered under the federal e-Kasih programme.

“This will impact customers from other lower income groups, who continue to need assistance but may not be registered under e-Kasih.

“A thorough study should be undertaken by the relevant federal ministries to address this gap as this has impact nationwide, not just on Sarawak,” he said in a statement sent to The Borneo Post here yesterday.

In this respect, Dr Rundi said the Gabungan Parti Sarawak (GPS)-led government hoped that Chong would play his role to look into the plight of the affected B40 group nationwide who might not meet the e-Kasih criteria.

The B40 group refers to those in the bottom 40 per cent of the Malaysian society, whose monthly household income is RM3,000 and below.

The Ministry of Utilities, in close collaboration with Sarawak Energy Bhd (SEB), would monitor the implementation of the new rebate programme and its impact on Sarawak, particularly on the B40 group who might continue to need assistance, he said.

On the current rebate for monthly electricity usage of RM20 and below, Dr Rundi said it was an initiative introduced by then-Federal Ministry of Energy, Green Technology and Water (KETTHA) in October 2008.

Under this programme, the federal government subsidised electricity bills for consumers from the lower income groups, who would typically consume less electricity supply to meet their basic necessities, he added.

“This was implemented nationwide, in which the mechanism for the relevant state utility was through direct reimbursement from KETTHA.

“Since its (RM20 rebate) introduction in 2008, the federal government has always subsidised this programme through the direct reimbursement mechanism.

“For implementation in the state, SEB waives payment of electricity bills of RM20 and below. This is subsequently submitted for reimbursement by SEB to the federal government, now through Ministry of Energy, Science, Technology, Environment and Climate Change (MESTECC),” explained Dr Rundi.

He added that in November 2014, former chief minister Pehin Sri Adenan Satem announced that the Sarawak government would reduce domestic electricity tariffs, effective January 2015, to ensure a greater number of beneficiaries in Sarawak, who would be able to enjoy the ongoing RM20 rebate initiative by the federal government.