Saturday, September 18
You are at:Home»Business»BNM likely to maintain OPR at 3.25 per cent 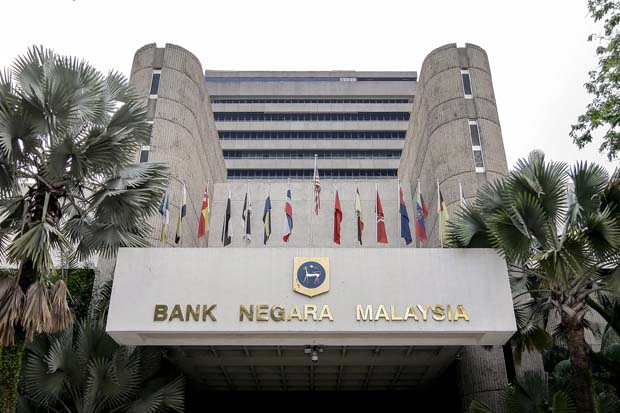 Loan growth is forecast to ease further to 4.2 per cent in 2019, given the subdued inflationary trend and prospects of moderating global growth, Kenanga Investment said.

KUALA LUMPUR: Kenanga Investment Bank Bhd believes that Bank Negara Malaysia will retain the overnight policy rate (OPR) at 3.25 per cent this year as part of the strategies to ensure capital market stability, ample liquidity and to remain supportive of banking industry growth.

“Loan growth is forecast to ease further to 4.2 per cent in 2019, given the subdued inflationary trend and prospects of moderating global growth,” the research house said yesterday.

Similarly, RHB Research Institute said it expects the central bank to maintain the OPR at 3.25 per cent as this would maintain the stability of the ringgit versus the US dollar against the backdrop of ongoing monetary tightening by the US Federal Reserve and the greenback’s strength.

However, the higher growth in money supply is unlikely to result in any demand-pull price pressure, as core inflation remains subdued.

Malaysia’s M3 growth gained pace at 7.4 per cent year-on-year (y-o-y) in November from a revised 7.1 per cent in October, supported by higher demand for funds from the public and private sectors.

The growth of narrow money (M1) gained pace to 3.3 per cent y-o-y, from 3.1 per cent in October amid a slowdown in the growth of demand deposits and currency in circulation.

November’s loan growth rose steadily for the fourth straight month to 6.2 per cent y-o-y, from 5.7 per cent in October, driven by higher loans extended to the corporate sector, which saw growth accelerating to 6.8 per cent y-o-y during the month (October: 6.1 per cent). — Bernama