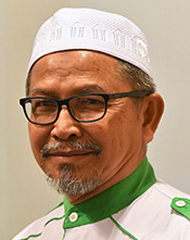 Tawau PAS has apologised to the public for sending a memorandum to protest the Christmas and New Year’s Eve celebrations held last December.

KOTA KINABALU: Tawau PAS has apologised to the public for sending a memorandum to protest the Christmas and New Year’s Eve celebrations held last December.

Its chief Mohamad Husain said they have also apologised to Parti Warisan Sabah and PKR in Tawau for including them in the memorandum.

The issue was covered by the media and drew flak from various quarters accusing them of spreading negativity.

Mohamad said the joint memorandum was sent prior to the celebrations, following a group discussion with various parties and individuals.

He claimed the matter was “misunderstood”, as Warisan and PKR in Tawau were not involved in handing over the memorandum.

“We admit the mistake and regret what happened,” he said during a press conference in Tawau on Wednesday (Jan 2).

“If there were any parties who feel upset, just forget about it, as we all know each other and furthermore, the memorandum was not meant to annoy or hurt anyone’s feelings.

“It was not our intention to hurt anyone, but to just ask for an investigation to be carried out to see if the organiser of the events violated any acts or laws in Malaysia,” he added.

Tawau PAS had led a group claiming to represent Muslims in the district to issue a memorandum to protest the celebrations and lodged a police report.

They claimed that the events had elements of proselytising Christianity and touched on the sensitivities of Muslims in Tawau.