Saturday, September 18
You are at:Home»Business»Business confidence drops to lowest level for 1H19 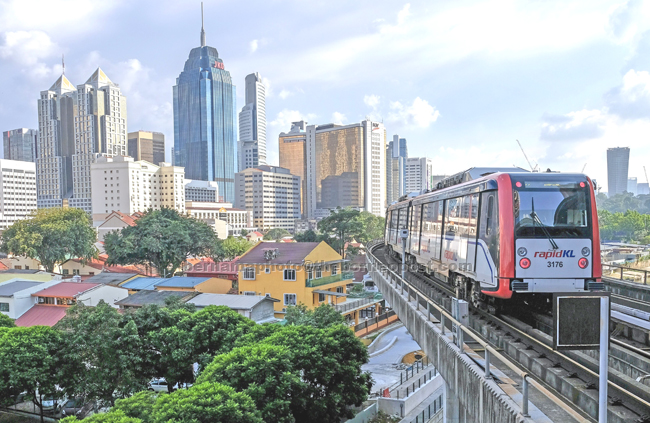 RAM says the number of firms citing weak economic conditions as main challenges spiked up to 41 per cent (Corporate) and 41.2 per cent (SMEs), followed by rising cost of doing business and increased competition. — Bernama photo

KUCHING: Greater concerns over the weak economic landscape has dragged down optimism among corporate and Small and Medium Enterprises (SMEs) to the lowest level since the inception of the RAM Business Confidence Index (RAM BCI) survey two years ago.

It said although the index value of above 50.0 still denotes positive sentiment, the current downtrend has suggested that businesses have a less upbeat outlook for 2019.

RAM in a statement yesterday said the number of firms citing weak economic conditions as main challenges spiked up to 41 per cent (Corporate) and 41.2 per cent (SMEs), followed by rising cost of doing business and increased competition.

“Decelerating domestic growth, uncertain global demand and investment activities, as well as lack of positive catalysts, including the relatively neutral 2019 Budget, all play a part in the generally weaker business sentiment in the next six months,” it added.

The survey also revealed that the construction sector is the least bullish with the SME index standing at a negative sentiment reading of 49.7, while the Corporate index declined for the third consecutive time to 53.0.

“Without any new growth catalyst amid the overhang in the property segment, plus the shelving of new big-ticket infrastructure projects, it is not surprising that the construction sub-indices have hit record lows,” it said.

RAM said the SME retail sector also displayed pessimism in the Q1-Q2 2019 period as its performance outlook slipped back into negative territory after a brief expansionary momentum that had been aided by the tax-free period from June to August 2018.

It said following the uncertain global and domestic economic prospects, consumers are once again more prudent with their spending that has led to a weaker sentiment in retail consumption this year.

With all this weaker prospects, it said firms are also holding back on capacity building.

“The sub-indices that track Corporate business expansion, capital investment and hiring have fallen to their lowest levels since the inception of the RAM BCI, after having declined in three consecutive surveys.

“Likewise, the capacity building sub-indices for SMEs also pulled back from the last survey and remain below those of Corporates,” RAM said.

Hence, the firms’ reticence on capacity building will remain as the most prominent downside risk and could weigh on economic growth in 2019, as well as the potential economic output over the longer run.

“This is particularly true in respect of SMEs, which are more vulnerable and sensitive to immediate economic challenges.

“That said, more guidance on future economic policies that will shape the overall business environment will be crucial to building business confidence among firms, potentially being the game changer for a more resilient growth trajectory this year,” it added.