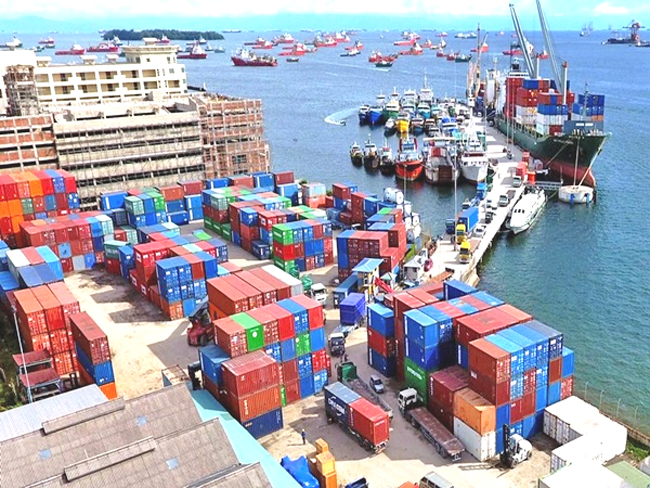 A big chunk of the port’s cargo comprises oil and gas materials, with only 30 per cent being consumer products.

LABUAN: Officials from the Labuan Corporation (LC) made an official visit to the Labuan Liberty Wharf yesterday, the island’s sole containerised port.

Led by the chairman Datuk Seri Amir Hussien and chief executive officer Datuk Azhar Ahmad, the visit was to gain insights into the overall operations of the port, including the transhipment activities.

The group was given a briefing on the early history of the Labuan Liberty Wharf, alongside its development and cargo handling by the port operator, Labuan Liberty Port Management Sdn Bhd (LLPM).

Chief executive officer Datuk Seri Mohd Alias Abd Rahman who undertook the briefing said the handling of cargo from ships to trucks was wholly by the respective crew and not the port operation staff.

“As most of the ships berthed at our port have their own cranes, the containers/cargo is unloaded by the respective crew.

“As such, the speed of the cargo handling depends very much on the efficiency of the ship’s crane operators. Our job is to transport the containers/cargo to the yards,” he added.

He said LLPM, currently under the Labuan Port Authority (LPA), is striving towards being an efficient port service provider in the interest of Labuan’s economy.

A big chunk of the port’s cargo comprises oil and gas materials, with only 30 per cent being consumer products. — Bernama