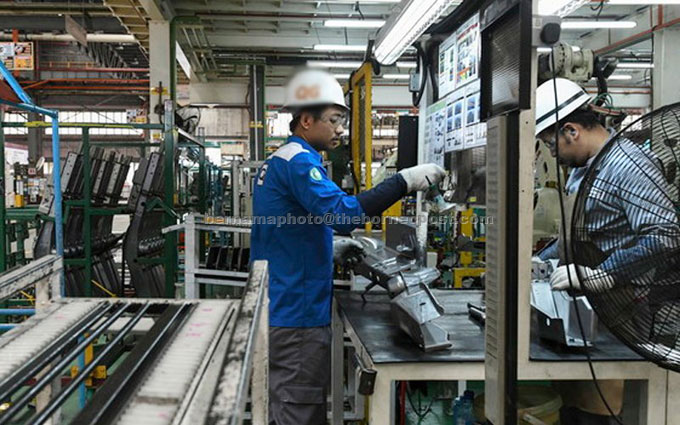 In line with the global trends, MITI has led the preparation of the National Policy of Industry 4.0 (Industry4WRD) to chart Malaysia’s Digital Transformation in the manufacturing and services sectors. — Bernama photo

KUALA LUMPUR: Strategies undertaken by the Ministry of International Trade and Industry (MITI) over the past 10 years have managed to attract RM1.9 trillion in private investments in all economic sectors.

In a statement, MITI said although the global investment market was experiencing an economic slowdown, Malaysia managed to record approved investments of RM197.1 billion in the manufacturing, services and primary sectors in 2017.

The investments were for 5,466 projects that were projected to create 139,520 jobs for the country.

MITI said Malaysia’s trade registered a stellar performance in 2017, growing at its highest rate in 13 years and remained steady in November 2018 when it grew by 3.2 per cent year-on-year (y-o-y) to RM162.03 billion.

The surplus marked the 253rd consecutive month of trade surplus since November 1997.

“This remarkable achievement was made possible through strong coordination and cooperation between MITI and other ministries and agencies.

“The recent restructuring of ministries was conducted to strengthen the government’s functions and delivery system as well as to address overlapping functions,” it said.

MITI said it remained committed and willing to enter into discussions with other ministries or agencies to come out with collective strategies to achieve greater heights for Malaysia in terms of trade and investment.

Moving forward, the ministry said it had already started formulating the Fourth Industrial Masterplan in its continuous effort to strengthen the country’s economic growth.

In line with the global trends, MITI has led the preparation of the National Policy of Industry 4.0 (Industry4WRD) to chart Malaysia’s Digital Transformation in the manufacturing and services sectors. — Bernama