Monday, November 28
You are at:Home»Business»M’sia will not lose competitiveness to Vietnam 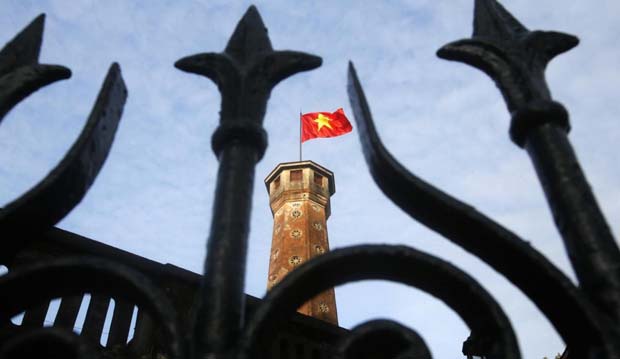 A Vietnamese national flag is seen at the Flag Tower of Hanoi. — Reuters photo

KUALA LUMPUR: Malaysia will not lose its competitiveness to Vietnam even though it does not ratify the Comprehensive and Progressive Agreement for Trans-Pacific Partnership (CPTPP).

Malay Economic Action Council (MTEM) researcher Mohd Effuan Aswadi Abdul Wahab said there was no significant proof that there would be an increase in investment once a country signed a free trade agreement (FTA).

“It is said that many companies, especially manufacturing companies will move to Vietnam after the country has ratified the CPTPP as the trade agreement is being seen as opening doors for companies to go to countries which have ratified the FTAs.

“This is certainly not true,” he said in a statement today.

He said investors would look into various factors, including political stability, better infrastructure, skilled workers and rule of law, before making any investment decision.

“Investors will certainly look into Malaysia’s economic policies before they make any investment decision and the assurance that Malaysia will not flip flop on its policies.

“They will also look into enforcement of our law and whether Malaysia has a strong governance structure.  All of the things mentioned above doesn’t require any FTAs to be signed or ratify,” he added.

He said even without the CPTPP, Vietnam is already an attractive place for investment due to its cheaper cost of production.

Its production workers are paid an average of US$216 (US$1=RM4.09) a month and its manufacturing wages are among the lowest in Asia.

Citing a World Bank report, Mohd Effuan Aswadi said Vietnam too has one of the largest labour forces in Southeast Asia at 57.5 million, while Malaysia has about 15.4 million.

“Combined with cheaper cost production and largest labour forces in Southeast Asia, there is no doubt that Vietnam is an attractive place for any investors to come in.

“Certainly, this is not due to ratifying the CPTPP,” he added.

He said although international trade policies played an important role in generating trade, it is also equally important for Malaysia to seek a balance between domestic interest and external pressure.

“If any of the FTAs tend to restrict Malaysia’s ability to chart its own progress and development, then it is important for the country to walk away and not sign or ratify any FTAs,” he concluded. — Bernama