Wednesday, October 20
You are at:Home»Business»BizHive»Myanmar: Year in review 2018 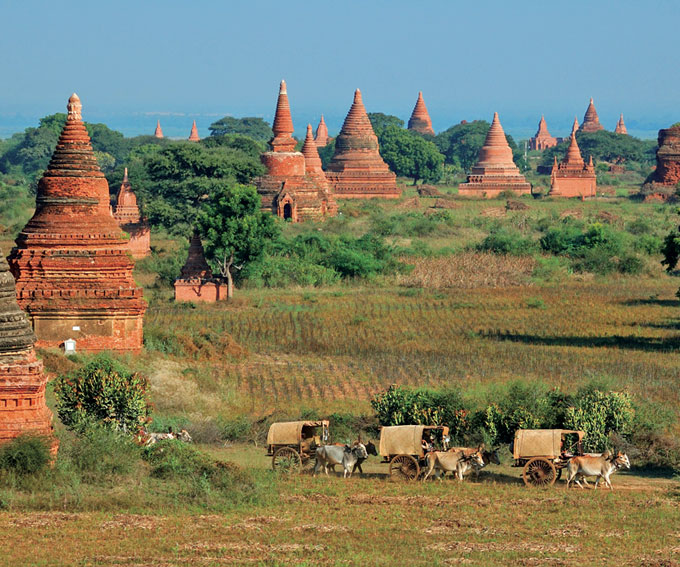 Although Myanmar’s economy has grown above the regional average in 2018, a fall in overseas investment, crop losses and a weakening of the kyat have combined to slow the pace of that economic growth. However, moves to open up sectors of the economy to foreign ownership may boost inward investment in the coming year.

According to estimates by the Asian Development Bank released in September, Myanmar’s economy was on track to expand by 6.6 per cent in 2018, accelerating to 7 per cent in 2019.

Despite being well above the bank’s regional average of 5.3 per cent, this forecast is somewhat below earlier government estimates. In mid-October the central bank warned that growth would fall below the forecast 7.4 per cent in FY18/19, citing constraints on spending resulting from a widening deficit, a weaker currency and adverse climatic patterns impacting farm yields.

Inflation began to edge up in the second half of 2018, fuelled in part by the weakening of the kyat, which by early December had dropped by around 11 per cent year-to-date against the dollar, and more than 16 per cent against yearly highs recorded in late September.

The fall in the kyat impacted import costs, pushing up the price of key products such as fuel by as much as 15 per cent, while overseas-sourced foodstuffs, electronics and machinery also became more expensive.

These external pressures, along with weather-related crop damage that further impacted food prices, pushed inflation to 8.9 per cent in October, above the official year-end target of 6 per cent and considerably higher than January’s figure of 5.2 per cent.

The high inflation rates and fall in the value of the kyat also coincided with a drop in foreign investment.

In FY17/18, which ended on March 31, Myanmar attracted US$5.7 billion in FDI, down on the US$6.6 billion recorded in the previous financial year. Meanwhile, in the subsequent five months ending in August 2018, total FDI was just US$1.4 billion, pointing to a further deceleration of capital inflows.

Furthermore, in November the EU began an assessment process to determine if the bloc would remove Myanmar from the list of countries with Generalised Scheme of Preference status, and potentially impose sanctions over alleged human and labour rights abuses.

One sector that has been shaped by this cooling Western interest is tourism.

Although the 2.84 million international arrivals welcomed in the first 10 months of the year was 1.2 per cent higher than the same period in 2017, according to Ministry of Hotels and Tourism figures, there was a sharp decline in the levels of tourists sourced from Western Europe and North America, which fell by 25.3 per cent and 13.8 per cent, respectively. However, this was offset by an increase in inbound traffic from Asia, with Thailand and China the top-two source countries.

To counter the fall in FDI, the government undertook a series of measures in 2018 to encourage broader foreign participation across a range of different sectors in the economy.

At the end of August the Ministry of Electricity and Energy announced it would open fresh rounds of bidding for oil and gas blocks in early 2019, with a total of 31 on and offshore blocks to be offered.

As an incentive for foreign firms, the state-owned Myanma Oil and Gas Enterprise indicated that the requirement that overseas companies join forces with a local partner is to be lifted, while production-sharing agreements with the state are also to be reviewed.

This also came amid indications that foreign insurers will be allowed to operate in Myanmar’s insurance industry in the new fiscal year.

With Myanmar recording the lowest level of insurance penetration in ASEAN – life insurance premiums as a percentage of GDP are just 0.01 per cent, while non-life stands at around 0.07 per cent – interest in the market by overseas underwriters is expected to be strong, although many ambiguities remain regarding the timeline for such reforms.

Meanwhile, in an effort to stimulate the finance sector, in November the Central Bank of Myanmar (CBM) announced reforms allowing foreign banks to lend to local businesses.

The bank has also flagged it will give permission in the new year to more foreign banks to open branches, according to U Soe Thein, the vice-governor of the CBM.

To help address hurdles to FDI and fast-track local and overseas investment, the government established the Ministry of Investment and Foreign Economic Relations in November, tasked with facilitating approval processes by acting as a single window for investors to complete bureaucratic procedures.