Thursday, April 15
You are at:Home»Business»Timber, products exports likely to grow this year 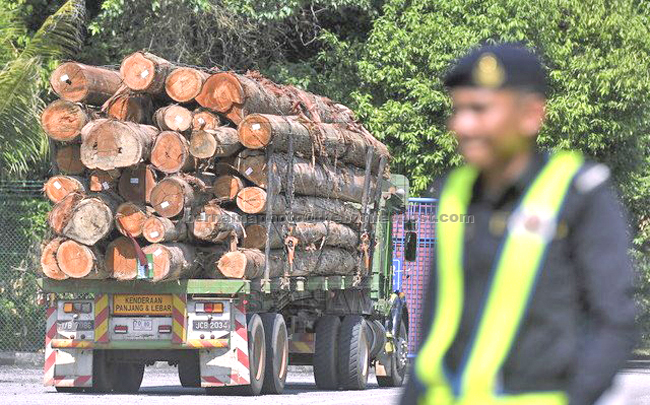 During the January-November 2018 period, the country’s commodity exports stood at 54.1 per cent, with value-added products exports at 45.9 per cent. — Bernama photo

KUALA LUMPUR: Malaysia’s exports of timber and timber products are expected to grow to RM23 billion in 2019 from RM22.30 billion estimated last year on strong demand from India and as Malaysia seeks new markets in Oceania.

Malaysian Timber Industry Board (MTIB) deputy director-general Norchahaya Hashim said the strategy of penetrating new markets would also cushion the impacts of global uncertainties, noting that the US-China trade war, US sanctions on Iran and the impact of Brexit on European Union’s economic growth could affect demand for local timber products.

“We would also continue to push for export of timber products into the US and Japan, with 17 per cent of our products going to the US and 18 per cent exported to Japan,” she told reporters after a presentation on the timber market’s 2018 performance and 2019 outlook here today.

She said Malaysia’s exports of timber and timber products stood at RM20.45 billion as at end-November 2018, adding that MTIB was optimistic of achieving last year’s target of RM23.22 billion.

During the January-November 2018 period, the country’s commodity exports stood at 54.1 per cent, with value-added products exports at 45.9 per cent.

She cited supply of raw materials as well as lack of innovation and technology as among the hurdles faced by the sector.

“As for 2018, we might also see the value for imported timber and timber products to increase to about RM5 billion from RM4.68 billion chalked up in 2017 due to higher importation of raw materials from China,” she said, adding that the country’s innovation in alternative raw materials is still at an infancy stage.

Among the alternative raw materials are oil palm trunks and rubber trees.

She also explained that during the January-November 2018 period, Peninsular Malaysia‘s exports of value-added products stood at 65.4 per cent (RM9.16 billion), with Sabah accounting for a meagre 5.6 per cent (RM78.16 million and Sarawak at 2.8 per cent (RM140.66 million).

On the national forest replanting programme, she said it has achieved 87 per cent of the total target of 140,000 hectares planted with trees.

The government has allocated RM1.05 billion for the whole programme, which started back in 1997, she said, noting the project involves eight tree species including rubber and mahogany, with the latest being bamboo. — Bernama