Friday, October 7
You are at:Home»News»Sarawak»Man’s attempt to blast ATM with firecrackers caught on camera 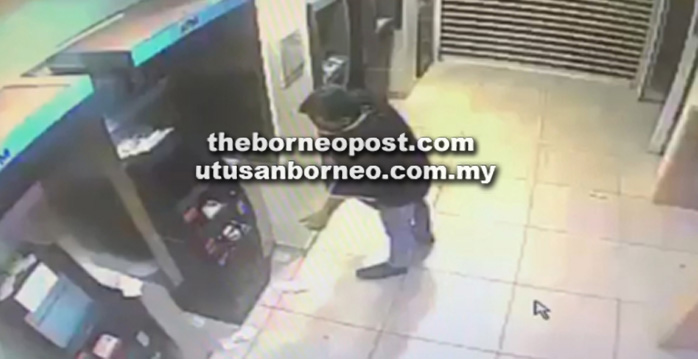 SIBU: A man was caught on security camera attempting to tamper with an automated teller machine (ATM) of a bank in Sg Merah here early last Tuesday.

“When that failed, he tried to blast the machine with firecrackers,” he said in a press statement yesterday.

Stanley said the bank manager was informed by the bank’s headquarters in Kuala Lumpur at 6.30am Tuesday that an ATM in the Sg Merah branch office was not functioning.

“We then checked the CCTV recordings,” Stanley said, adding that the man had an accomplice.

He said the incident was reported to the police two days later.

“We’re investigating the case under Section 435 of the Penal Code,” the police chief said.