Wednesday, December 1
You are at:Home»News»AirAsia’s Kuching-Shenzen route to continue as Fly-Thru service via KL 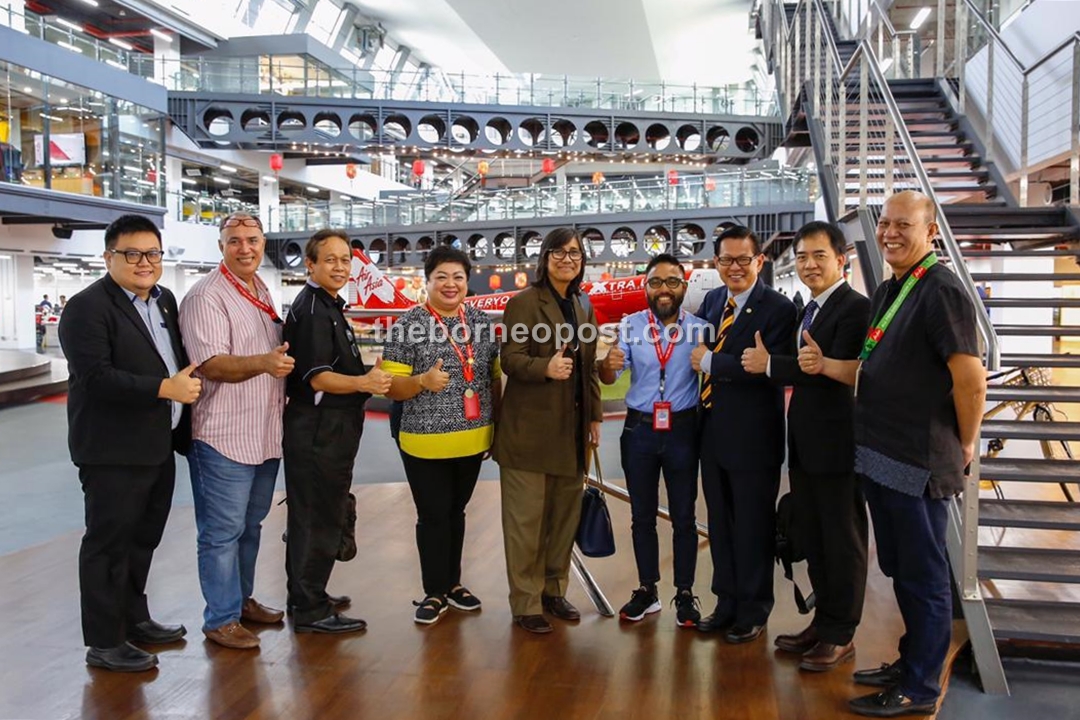 Lee (third right) and Riad (fourth right) flash a thumbs-up after the meeting. Also in the photo are Hii (second right) and Sharzede (fifth left).

KUCHING: AirAsia will continue to service the Kuching-Shenzhen route as a Fly-Thru via Kuala Lumpur.

This was announced today as part of a new joint campaign by AirAsia with the state’s Tourism, Arts, Culture, Youth and Sports Ministry and Sarawak Tourism Board, as the airline reaffirmed its commitment to supporting Sarawak in its efforts to promote Kuching as one of Malaysia’s premier destinations.

The decision came about after a delegation led by Assistant Minister of Tourism, Arts and Culture Datuk Lee Kim Shin held a meeting with AirAsia Malaysia at the airline’s office in Sepang, Selangor recently.

The announcement also came a few days after Minister of Tourism, Arts, Culture, Youth and Sports Datuk Abdul Karim Rahman Hamzah was quoted in the Borneo Post as saying the Sarawak government was engaging in talks with AirAsia with regard to the suspension of the Kuching-Shenzhen route that will take effect from Feb 28 this year.

Fly-Thru is a service that allows guests to connect easily, conveniently and seamlessly, without the hassle of collecting their luggage while transiting through AirAsia hubs in Kuala Lumpur and Kota Kinabalu.

“AirAsia remains committed to transforming Sarawak into one of our most important hubs. We have six aircrafts stationed in Sarawak managed by more than 400 local employees including pilots, cabin crew and operations staff.

“Through this partnership with the State Tourism Ministry and Sarawak Tourism Board we hope to see more number of tourists than ever before, to come and visit the Land of the Hornbills,” he said.

Lee, on the other hand, in welcoming this partnership said Sarawak treasures its relationship with AirAsia and the state is committed to partnering with the airline to make future routes from China to Sarawak viable.

“We have put together a special task force to support the Visit Sarawak Campaign and also to further enhance our collaboration with the Mandarin speaking markets.”