Tuesday, April 13
You are at:Home» 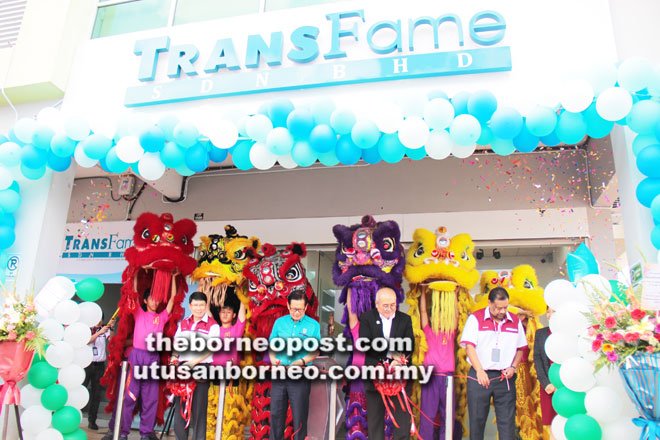 MIRI: The economic prospects in Miri and the state are looking brighter with tens of millions of ringgit being ploughed back to the economy.

KL-based company Transfame Sdn Bhd, a wholly owned subsidiary of BAP Resources Sdn Bhd, has set up office in Miri and is expected to employ 150 to 600 workers for their contract job with Sarawak Shell Berhad in the initial stage.

Of these workers, 80 to 90 per cent would be deployed when the company embarks on its mobilisation exercise by April, and the workforce is expected to swell as more work orders come in.

Assistant Minister of Tourism, Arts and Culture Datuk Lee Kim Shin said Sarawakians, particularly those from Miri, are sought after as they are known to be able to work in far-flung places and some are world-class consultants in the business.

“Miri is the birthplace of the oil and gas industry in Malaysia since 1910, and we have a century of experience and expertise to do the job and it is only right that Sarawakians are given the due recognition in business opportunities and employment,” he said.

Lee welcomed the company’s commitment in hiring capable Sarawakians which the company said over 80 per cent would be for its operations in Sarawak and some would be trained for jobs abroad.

The assistant minister emphasised that it is vital for O&G players to invest continuously in training workers in this challenging and technology-driven industry, and work hand-in-hand with the industry stakeholders, including Petros.

Tay said their presence in Miri marked an important milestone as it provides the company with new growth opportunities in Miri and beyond as it explores further business opportunities to augment its local market segment.

The company has significant presence in the local upstream oil and gas industry with a good track record in delivering offshore Hook-Up and Commissioning (HUC) projects and is also involved in renewable energy segment.

Tay hoped it would open up a new chapter as the company strives to add value to the local economy and its ‘employ-locals’ emphasis will continue as it aims to become an integrated services provider locally and globally in the industry.

“We are confident that the skilful Sarawakians will push Transfame up the value chain in Asset Integrity and Digitalisation, followed by operational and maintenance services”.

The company emphasises on local employment, procurement and subcontracting during the execution of the contract from Shell and is undertaking a CSR programme with CIDB in training fresh graduates on various trade disciplines.

Meanwhile, Roni said BAP believes in moving the company up the value chain from maintenance to becoming operator of assets, and this would require investment in human resource development (HRD) and other disciplines such as data gathering skills sets.

Wang added that the company has already started training workers since January this year in Labuan and would have about 1,000 to 1,500 trained workers by March this year while it is also collaborating with local universities for recruitment.