Saturday, August 13
You are at:Home»Features»The colours behind soil and crop productivity 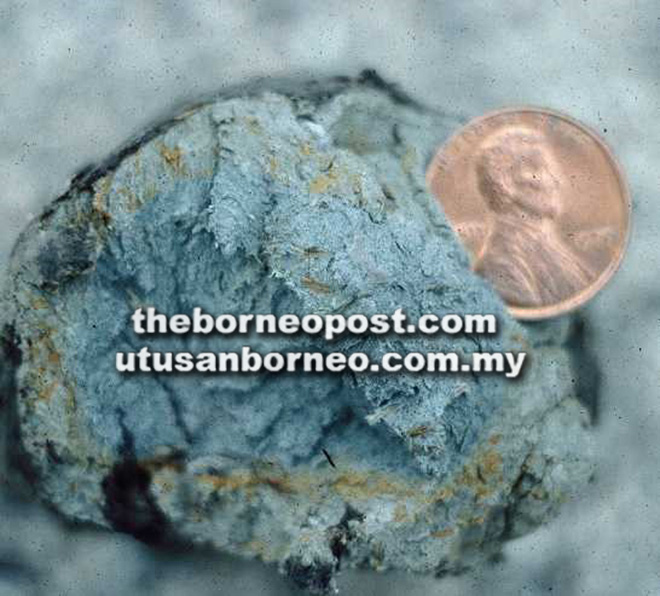 IN recent times, the scramble for land — and soils for that matter — is on the ascendance. The demand for soils is so high that they are currently in the ‘league of scarce resources’.

As we rush to grab soils for purposes best known to us, have we ever thought for a minute about the not so technical but quickest and easiest ways of checking their suitability for our needs and interests? 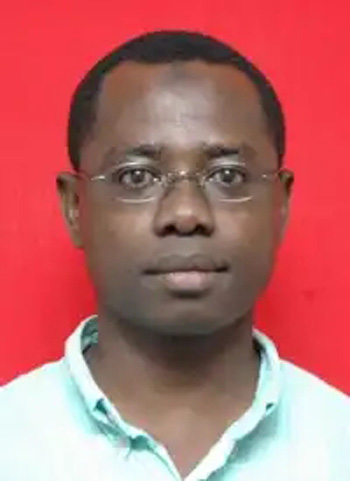 To avoid bad investment, yet guaranteeing value for money, this article walks you through one of the simplest, yet non-scholarly or technical ways of making a choice of a soil or soils which suits your needs or works best for you.

This ‘simple yet rapid’ way is the basic pointer for one of the soil physical properties called soil colour.

Knowing this soil physical property will even save you from engaging a consultant or soil scientist at an exorbitant cost.

However, it should be emphasised that there are many other ways of assessing the agronomic potentials of soils but soil colour is one of the quickest ways, if not one of the first line of assessing soil suitability for cropping or farming.

Bluish-grey: This type of soil colour indicates lack of sufficient oxygen due to waterlogging and it is common in wetlands and other poorly drained soils.

What this basically means is that such soils are poor in drainage and if this problem is not fixed properly, you may fail to realise the full potential of your agricultural investments.

This limitation should not be taking lightly, especially for oxygen and water sensitive crops as it can be very challenging.

Mitigation of waterlogged and poorly drained soils for agricultural purposes needs elaborate engineering work which more often than not, drains financially as the initial cost of constructing drains and their subsequent maintenance are costly. 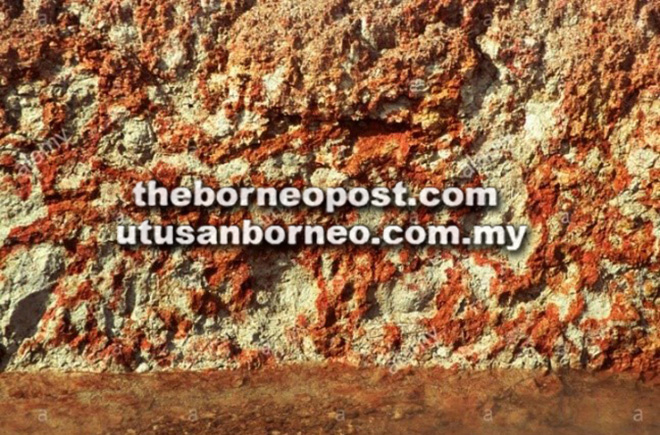 We have witnessed failed agricultural projects partly because of poor understanding of soil colour. Moreover, assuming by adopting a “semi-mitigation” method, you are able put up buildings on such soils, be reminded that you may end up paying dearly on for example, frequent plastering and painting those facilities.

Depending on the severity, poorly constructed buildings could be dumpy or mouldy to trigger health hazards including pneumonia, asthma, skin diseases, and so on.

If possible, no matter how desperate you are for land grab, never get lured into buying any land without checking the national or regional plans, including the engineering aspect of the land of that area.

If you are not a big time investor to turn the area into, for example, recreational or fun area and amusement area or even for wildlife, you are advised to avoid it.

Mottling in sub-soils suggests that those soils are waterlogged for part and not all of the year. The red spots indicate rusting of iron and can be toxic to plant roots.

However, the productivity of soils with mottle colours can be managed sustainably by adopting good agricultural practices, including maintenance of soil organic matter and pH.

Moreover, good drainage, organic amendments application, or liming should be able to improve the productivity of such soils for the agriculture and related industries.

White to light grey: These soil colours suggest chemicals, particularly plant nutrients and humus (organic matter) had been leached in certain parts of such soils. 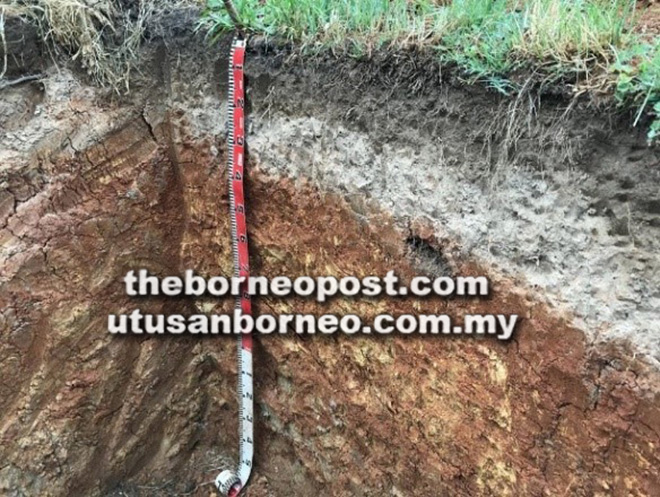 White to light grey layer indicating leaching of organic materials and nutrients in the soil profiles.

Such soils need fertilisation (preferably organic) as well as conservation of organic materials through minimum tillage, mulching, and so on.

These soil colours are also common in sandy soils with poor clay and humus contents. Their poor water holding capacity is characterised by high porosity. 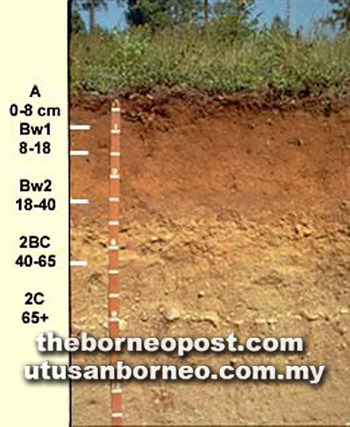 Sandy soils can easily collapse due to poor structure. Maintenance of soil structure needs not only clay but it also needs humus. Humus is literally a special ‘glue’ which is able to cement or aggregate soil particles in an excellent manner such that soil water, nutrients, temperature, oxygen, microbes, and so on availability and utilisation are optimised. 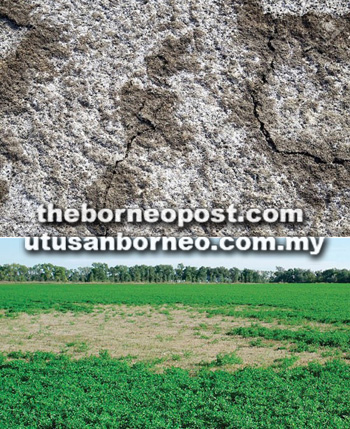 White to light grey also indicates accumulation of lime, gypsum, or other salts. When soils are salty, they are referred to as saline soils and should you decide to cultivate them, they may need flushing with water or you may crop salt tolerant crops such as alfalfa.

Saline soils are also formed near coastal areas. In Malaysia, although oil palm is not a salt tolerant crop, through bund construction, good drainage systems, periodic flushing with water, and leaching of salts from those soils, oil palm plantations are flourishing in some coastal areas.

White to light grey also suggests high accumulation of lime such as calcium carbonate and the like. Soils whose parent material is dominantly calcareous (lime) are called alkaline soils.

Such soils are commonly referred to as alkaline or calcareous soils and they are in high pH (more than pH 7) such that in some situations, they are neutralised with acid or acidic fertilisers such as ammonium sulphate.

Brown to yellow layer: These colours literally suggest presence of sulphur or sulphuric material (jarosite layer) which in the presence of oxygen goes through some chemical reactions to produce sulphuric acid.

The presence of sulphuric acid (sulphuric layer) in soils makes such soils very acidic (pH less than 3.5). Soil acidity is also a serious problem as neutralising such soils with a base called lime is not only an expensive venture and temporary a measure, but it is also technically or practically unsustainable. 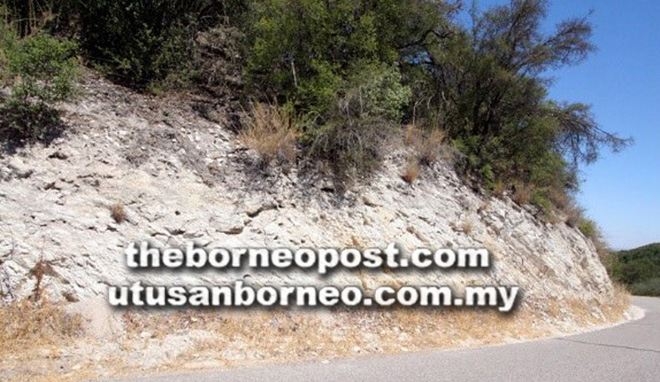 Example of a calcareous soil.

Currently, the practical way of managing them is to construct elaborate drainage systems to neutralise the sulphuric acid via flushing with water. The flushing process is best done with the help of good rainfall. Because acid sulphate soils occur in waterlogged areas, it is possible to see them beneath peat soils

Dark brown to black: These soil colours indicate accumulation of organic matter or dark parent materials. Dark or black soils are always thought to be fertile but are you aware that to some extent, this belief is not true? 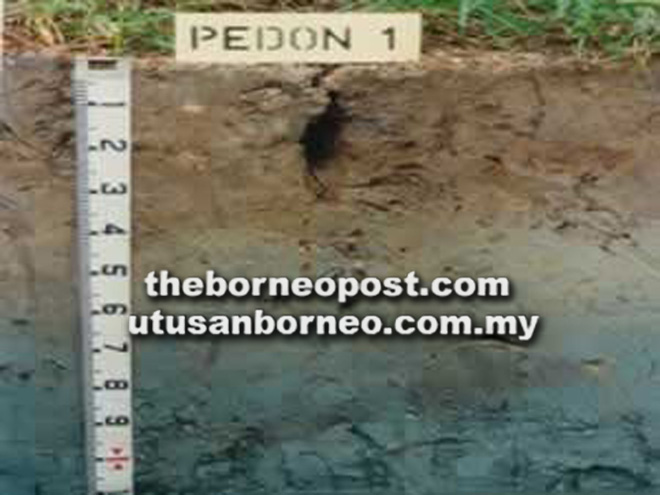 There are several ways to check this but the basic way is pH. The peat soil is dark but this dark colour does not necessarily suggest the soil is fertile.

Besides, it is a very difficult soil to work on. This soil is generally high in organic matter but very low in macro-nutrients and micro-nutrients, apart from being acidic and waterlogged.

This type of organic soil is also poor in holding or storing significant amount of nutrients and because they are prone to leaching of nutrients, fertilising them is essential.

They also shrink and consolidate or subside with time. If not well constructed, farm roads, as example, become bumpy due to the shrinking or consolidation and subsiding nature of these soils.

This is one of the reasons why it is very hard to completely stop shrinkage or consolidation and subsidence unless such soils are completely removed or scrapped – a very expensive practice if practical at all.

It may interest you to know that some oil palm planters do compression or compaction to perhaps stop peat soil subsidence but this practice is also not a complete solution because by nature, oxidation of peat materials which causes subsidence is controlled by unstoppable microbial and chemical reactions. 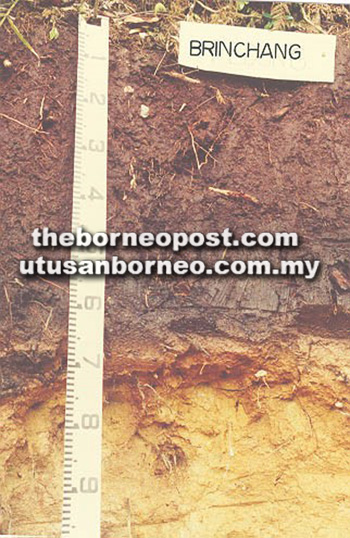 Thus, one of the practical ways to at least retard or minimise shrinkage or consolidation and subsidence is through water management.

Again, you need a very good drainage system to achieve this feat. The acidity part is managed through liming particularly for short-term crops. Some oil palm plantations do not do liming. You could also cultivate or match this type of soil with relatively acid tolerant plants such as pineapples.

It must be pointed out that draining too much water from peat soils will cause them to dry and collapse.

Once dry, they will never come back to their original state and this process is referred to as ‘irreversible drying’. No matter how much rain water the area receives, the affected soil will not wet to its original state.

In other words, the integrity of the soil is compromised beyond redemption. At this point, the soil “behaves” like “charcoal” and depending on how dry the area is, such a soil catches fire even on its own or with lightning including lit cigarettes.

This is one of the causes of the seasonal bush fires. To quench or put out such fires is very difficult as they burn deep underground and by the time we realise the seriousness from the peat soil surface, it’s always too late.

Probably, this was one of the causes of haze problems, as you may recall the huge regional efforts to deal with the 1997-8 haze problem in Malaysia and the neighbouring countries due to bush fires and peat burns. 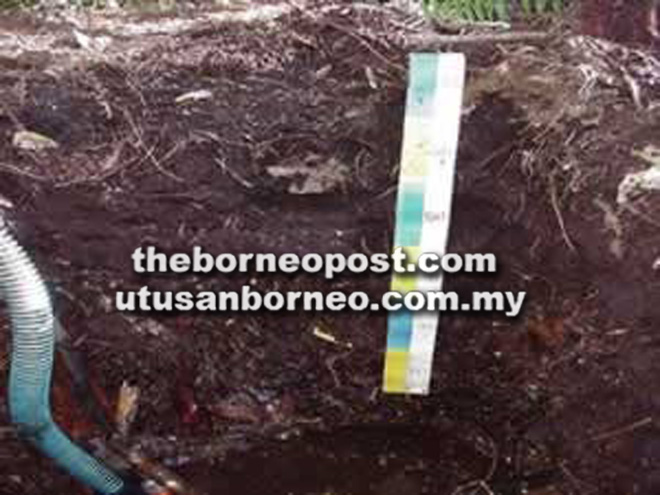 Because peat soils are high in organic matter, they are soft and less compact to support heavy duty machines.

In fact, because of this constraint, some planters are compelled to use lighter machines in some farm operations such as collection of fruit bunches in some oil palm plantations before the fruit bunches are loaded into larger trucks for further transportation for milling.

Now, what naturally occurring black or dark soils are fertile? You may be interested to know that such fertile soils rather occur in grasslands and volcanic areas. These soils are called Andidols and Mollisols.

Because there are no volcanic eruptions in Malaysia, do not expect dark but fertile soils such as Andisols in this country. 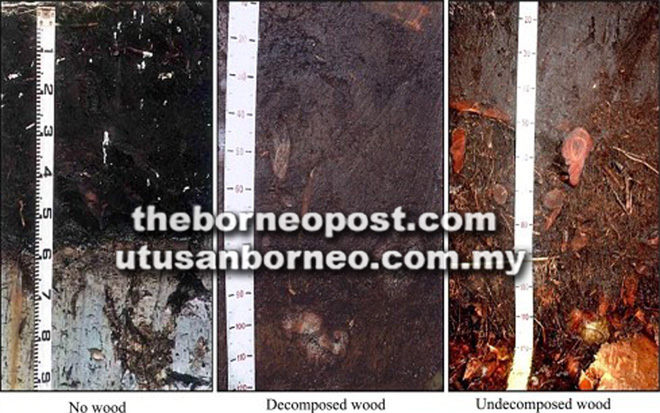 Mollisols also do not occur in Malaysia, partly because of lack of abundant grasses and suitable climatic conditions. When we say these soils are fertile, we mean the good synergy or interaction among their physical, chemical, and biological properties. Note that volcanic ash is rich in plant nutrients.

Light brown, yellow, to red: These soil colours indicate iron minerals have been oxidised similar to rust. Red colour indicates good drainage because of sufficient oxygen in the soil to form oxides. These soils have reasonable amount of organic matter. With good agricultural practices, their productivity can sustain crop productivity. 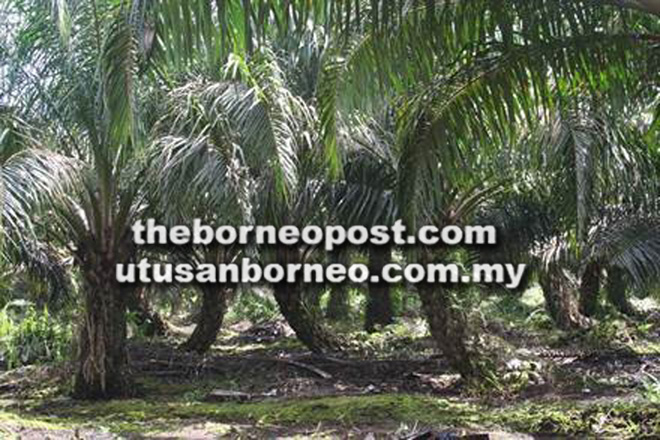 In conclusion, although soil colours are many but because they do not “lie”, understanding them for what they indicate can be very valuable especially for long-term management of soils that translates to lucrative production agriculture and related industries without jeopardising the quality of the environment (soil, water, and air). 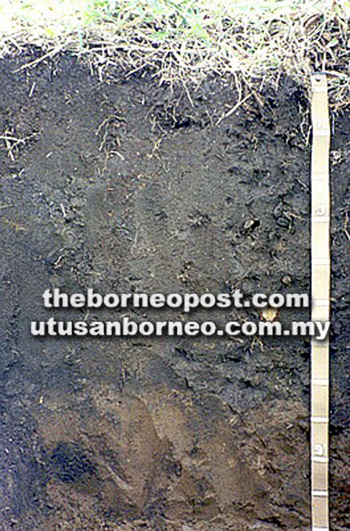 Andisol and Mollisol showing thick and dark brown to black material due to accumulation of organic matter and volcanic ash in particular.