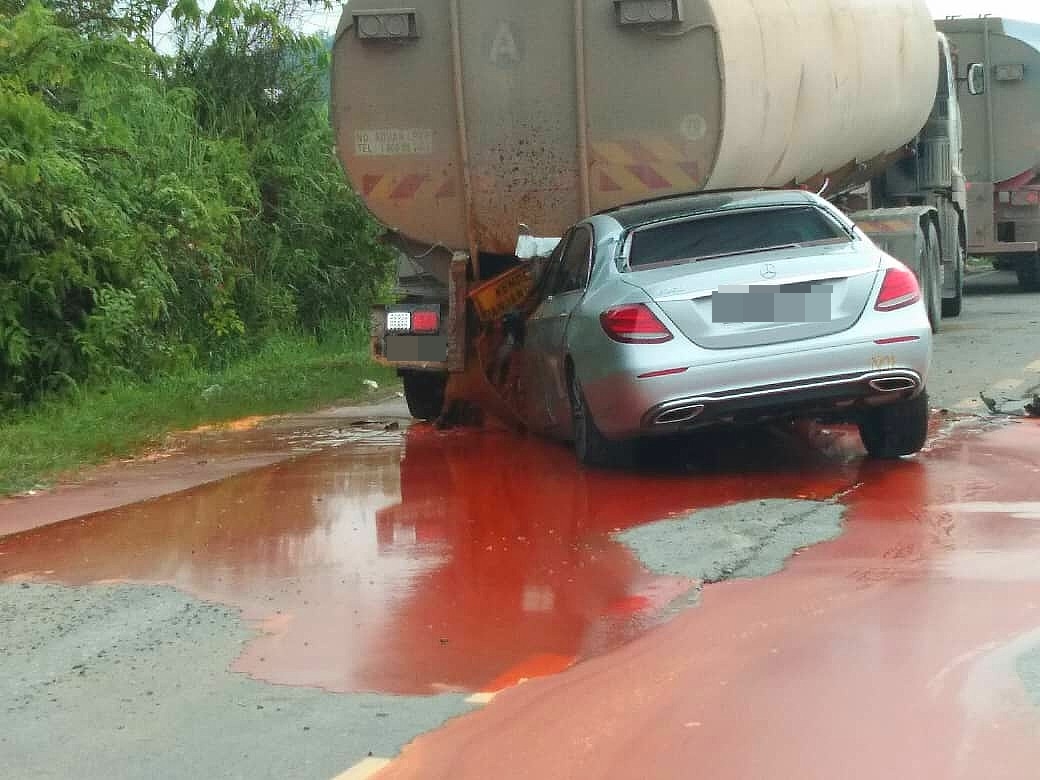 Palm oil spillage occurs after a car rammed into the tanker.

SIBU: An accident between a tanker loaded with palm oil and a car at Mile 8, Tuanku Abdul Rahman Road this morning resulted in massive palm oil spill on the road.

The accident occurred at around 9am occurred, when the tanker which was heading towards Bintulu was rammed by the car.

The tanker driver was slightly hurt on his face in the accident. He was sent to Sibu Hospital by a passerby to receive out-patient treatment before returning to the scene.

Upon learning of the incident, personnel from the Fire and Rescue Department Sungai Merah and Central Road stations rushed to the scene.

The first team of firemen covered the oil spillage with sand and soil while another team washed the oil from the road. The operation completed at around noon.

Traffic policemen who were also informed of the incident, rushed to the scene to investigate the accident.

No untoward incident happened as a result of the spillage. Drivers who passed the slippery stretch slowed down their vehicles to prevent their vehicles from skidding.